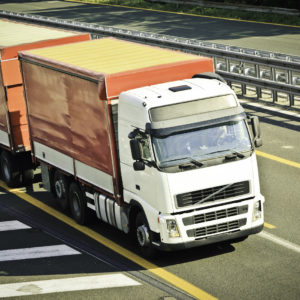 Need dog food? Or maybe baby formula, diapers and toilet paper in bulk? These days, simply click and your order is processed, shipped and delivered to your front door. Amazon Prime and other subscription delivery services have revolutionized how Americans buy things.

But there’s a problem.

Recently you might have noticed prices on those items ticking up, or delays in getting shipments. You also may have noticed the price of an Amazon Prime subscription recently increased by $20. Why? America’s freight trucking industry is having a hard time keeping up with all that demand.

Fortunately, Congress can do something to help alleviate this problem, with no cost to taxpayers. The fix Congress is considering would allow certain truck drivers and businesses to haul twin trailers that are 5-feet longer than the 28-foot trailers currently allowed under a 35-year-old federal restriction. These new shipping-only trailers would be called Twin 33s, because each trailer would be 33-feet long.

The freight trucking industry feels it, too. It shipped more than 11.5 billion tons of goods in 2016, and updating the Twin 33s guidelines could expand the shipping capacity of two-trailer package-shipping rigs by 18 percent without exceeding existing weight limits. Multiply that by all of the package-shipping semis in the country and you can see how fast that could give us some real breathing room, and keep prices lower for consumers.

The problem is that there is a real shortage of truckers to haul the goods. The average age of American truckers is 49 years, according to a recent news report. That’s seven years older than the average American worker, meaning a huge shortfall of truck driversis coming sooner rather than later.

From the front end of this shortage, Amazon, General Mills, Coca-Cola, UPS, PODS moving storage, FedEx, and dozens of small businesses and regional freight shippers are all experiencing higher costs and prices.

Unfortunately, some groups are lobbying furiously against this legislation with arguments that fall short and don’t hold up to the test. For instance, some say that this change would hurt small long-haul trucking businesses, requiring them to upgrade their trailers and increase license requirements for their drivers. But the legislation would apply only to package-shipping trucks who already operate similar tandem trailers — many of whom support the upgrade to Twin 33s. And the legislation will not require any additional licensing requirements for drivers.

Some say heavier trailers are less safe and would do more damage to America’s highways and bridges, but this would keep the existing weight limit in place and many of these trucks would have additional axels, which could help to spread out the weight and reduce road stress.

America’s shopping habits have changed significantly in 30-plus years. So has the trucking industry as a whole. Updating a 35-year-old regulation to allow certain drivers and shippers to use Twin 33s would cut down on delivery times, highway accidents, fuel consumption and carbon-dioxide emissions, and wear and tear on roads and bridges. It would also keep more money in the pockets of Americans by lowering everyday costs for the consumer.

Congress has a great opportunity to do something for the people — and it can be done easily, and at no additional cost to the taxpayer. Congress should vote to keep America trucking (with Twin 33s) today.