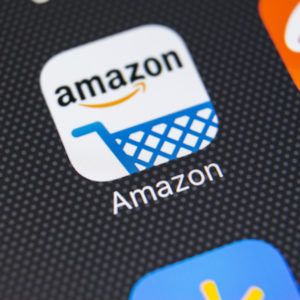 Congress Must Stand up to the “Amazon Economy”

Each year, the United States runs a massive trade deficit with China. It’s a lopsided arrangement that has cost more than 3.7 million U.S. jobs over the past 20 years. The Trump administration tried to address this through tariffs on Chinese imports. But pandemic-driven consumer spending has subsequently opened the U.S. market to an even wider flood of Chinese goods. And due to an obscure provision in U.S. customs law, many of these Chinese imports are now evading U.S. tariffs.

Clearly, something is wrong—if U.S. customs policy is helping China ship even more goods into the U.S. However, legislation sponsored by Rep. Earl Blumenauer (D-OR) could finally correct a loophole in U.S. customs law—and help to put America’s manufacturers on a more level playing field with their competitors in China.

How exactly has China managed to circumvent U.S. tariffs? It all comes down to the e-commerce economy, particularly Amazon’s cozy arrangement with Beijing. China now accounts for roughly 40 percent of all Amazon sales, and an estimated 75 percent of all new sellers on Amazon are Chinese companies.

In 2016, U.S. customs law was altered to help companies like Amazon import more Chinese products—and do so while avoiding U.S. tariffs, taxes, and regulatory oversight. It’s an arrangement that stems from something known as the “de minimis” threshold for products shipped into the United States.

The de minimis provision was written into U.S. customs law almost 100 years ago to save the federal government the trouble of assessing tariffs on small, inconsequential items from overseas. The threshold was originally set at $1 in the 1930s, and was gradually increased to $200 in the 1990s. However, in 2016, it was abruptly raised by Congress to $800.

Why was the de minimis rate suddenly boosted so high? Multinational corporations that profit from cheap Chinese imports successfully lobbied Congress to increase the de minimis threshold. As a result, companies like Amazon can now import mass-shipments of goods valued at less than $800. Designating all these consumer shipments as trivial packages means that online retailers can now bring in endless consumer goods while avoiding customs bonds, manifest information, tariffs, and taxes.

As e-commerce sales have exploded, Amazon and other online retailers have exponentially boosted their sales and profits. A troubling consequence of the change in the de minimis threshold is that it has eliminated much of the longstanding vetting of products imported into the country each day.

Amazon’s mass-import of small packages means that goods are shipped directly to U.S. consumers from obscure overseas vendors. That makes regulatory oversight impossible, and also bypasses the current 25 percent tariff on Chinese goods. In fact, as long as a foreign vendor claims its merchandise is valued at less than $800, its goods face no U.S. taxes or tariffs at all.

It’s a flawed system that allows untold thousands of potentially dangerous or counterfeit products to arrive in the U.S. each day. Particularly disturbing is the fact that over 90 percent of all intellectual property seizures come through international mail and express shipping. And 83 percent of these seizures originate in China.

The current flood of goods arriving in the U.S. through de minimis poses real problems for U.S. manufacturers and America’s consumers. The legislation sponsored by Rep. Blumenauer offers a helpful fix for America’s de minimis problem. Congress must tackle this disparity by passing Blumenauer’s legislation—and start correcting the flaws of the “Amazon economy.”