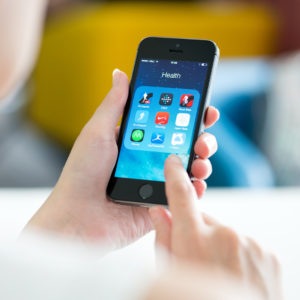 The Arizona House of Representatives passed legislation on March 3, 2021 that would change the way companies like Apple and Google monetize their app stores, likely to the detriment of consumers, by prohibiting them from requiring app developers from using their in-app payment system. This legislation is the latest example of how efforts to regulate online platforms, one state at a time, threaten to undermine the competitiveness of the U.S. digital economy. Congress should step in to prevent states from passing such detrimental and balkanizing laws.

The Arizona amendment echoes a similar bill that the North Dakota Senate voted down in February after Apple’s Chief Privacy Engineer, Erik Neuenschwander, testified that because the Apple App Store is an integral part of the iPhone, the bill’s required changes would downgrade the user experience and potentially allow apps on its App Store that don’t meet Apple’s standards for privacy, security, safety, and performance.

Proponents of these laws accuse Apple and Google of taking advantage of developers by charging a 30 percent commission on app sales and in-app purchases. But this commission is part of a carefully balanced business model that benefits both developers and consumers. For one, developers do not pay a commission if their apps are free and they don’t offer in-app purchases or subscriptions. This encapsulates a majority of apps, including 84 percent of apps on the Apple App Store. And both companies’ commissions for subscriptions decrease to 15 percent after the first 12 months. Moreover, small developers pay less. Both Apple and Google cut their commissions for developers who make up to $1 million in sales in a calendar year.

These commissions are important because they help fund the app stores. The app stores in turn provide a service by allowing developers to reach billions of users worldwide, helping them promote their apps to this audience and get discovered, and providing developers with guidance for developing apps that meet the app stores’ criteria for safety, security, privacy, and performance. In many ways they are analogous to large retail stores—sellers want to be in them because they offer a large customer base, consumers shop there because of the choice and selection, and the store owners make decisions about what products to carry.

The majority of Apple and Google’s app store revenue comes from large developers, especially popular gaming apps. Of the estimated $72.3 billion users spent on the Apple App Store, a single game—Honor of Kings by the Chinese company Tencent—generated $2.5 billion, over 3 percent. If many of these larger developers opt to use third-party payment systems in order to avoid commissions, Apple and Google will have to recoup their costs in other ways, such as by charging all developers a fee for their apps to be included in the app stores.

Allowing app developers to use alternative providers presents other problems as well. App stores would have no control over the types of in-app payment systems app developers use, which could put user data, including financial data, at risk. And consumers would have to set up multiple payment accounts for different apps, creating more friction in mobile commerce.

Unfortunately, these proposals seem to be gaining traction. State legislators, impatient with the pace of federal action on issues like antitrust and privacy and openly hostile to tech companies they believe are to be blamed for a variety of societal ills, are taking matters into their own hands. Six other states—New York, Illinois, Massachusetts, Hawaii, Georgia, and Minnesota—have introduced similar measures.

Not only would any of these laws undermine the existing app stores, but they would pave the way for creating a patchwork of 50 conflicting and burdensome state laws on app store policies. Moreover, other countries would likely copy these policies, such as by requiring app stores to allow app developers to use in-app payment systems based out of their own countries.

Congress should stop these efforts in their tracks. Instead of allowing states to set their own rules of the road for app stores and other digital policy areas, Congress should pass legislation to preempt states from carving up the digital economy into 50 different slices and ensure the U.S. maintains a streamlined set of policies that simplifies things for American companies and preserves American innovation and competitiveness.

Ashley Johnson is a research analyst at the Information Technology and Innovation Foundation. She wrote this for InsideSources.com.