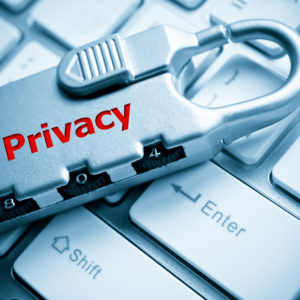 Internet providers and conservative groups are mounting pressure on Congress to undo privacy rules passed by the Federal Communications Commission last year, the strongest ever adopted by the federal government.

Industry groups including USTelecom, the American Cable Association, and CTIA, who collectively represent the biggest internet providers in the U.S., including AT&T, Verizon and Comcast, asked congressional leaders Friday to wind back the rules.

“Amongst other flaws, the FCC Order would create confusion and interfere with the ability of consumers to receive customized services and capabilities they enjoy and be informed of new products and discount offers,” a letter to House Speaker Paul Ryan and Senate Majority Leader Mitch McConnell reads. “Further, the order would also result in consumers being bombarded with trivial data breach notifications.”

The rules passed in October ban providers from collecting and monetizing virtually any subscriber information without users’ advanced permission, including browsing history and app usage. An outgrowth of the FCC’s net neutrality rules, the privacy order goes beyond the Federal Trade Commission’s privacy rules, which only require advance permission from users to collect sensitive data.

Companies advocated a return to the FTC privacy regime they were under prior to their reclassification as public utilities under the net neutrality order. Allowing it to stand, they argue, would unfairly burden internet providers while the rest of the online ecosystem, including targeted advertising heavyweights Google and Facebook, would be free to collect such data.

“Invoking Congress’s prerogative as provided in the CRA will help clear the way toward re-establishing a consistent, uniform set of privacy protections for consumers across the internet,” they said.

The letter comes a day after conservative groups Americans for Tax Reform, FreedomWorks, TechFreedom, and others asked the same leaders to rescind the privacy rules with the same authority.

“Congress is fully justified in rescinding these rules both because the order lacks proper legal grounding and because of the need to ensure real consumer privacy across contexts of user experience,” the Thursday letter reads.

“The FTC focuses on what data are held, the level of data sensitivity, and how consumers are affected if the data are misused,” the groups said. “The FCC approach focuses on who holds the data, rather than what — and how sensitive — the data are.”

Petitioners additionally challenged the legality of net neutrality, which the order is based on. Rescinding the rules, they added, would “send a clear signal that the FCC has lost its way in interpreting the statute Congress gave it.”

“Doing so would not create a gap in privacy protection because the FCC would retain the ability to police privacy practices of broadband companies on a case-by-case basis,” they wrote.

Democrats who supported the rules are mounting a defense of them in the face of the newly Republican-controlled FCC, which likely has its sights set on not just the privacy rules but net neutrality more broadly.

“The FCC’s broadband privacy rules finally put consumers in control over their sensitive information, not corporations,” Massachusetts Sen. Ed Markey said in response to the letter. “But now, the big broadband barons want to turn back the clock and undo these fundamental consumer protections so they can freely collect and profit from customer’s sensitive personal information. I will strongly oppose any efforts to roll back the broadband privacy rules either by Congress or at the FCC.”