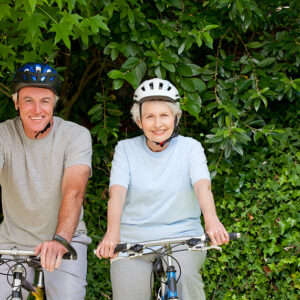 That’s worth remembering as House and Senate lawmakers try to convince American voters that their massive new spending bill will enable the government to “negotiate” lower drug prices in Medicare.

Unfortunately, legislators are using the word as a euphemism for “imposing price controls.”

When Democrats suggest we can get lower prescription drug costs with no downside by simply allowing “negotiation,” they’re proposing a shell game. Whatever modest savings Americans gained would be dwarfed by other costs — financial, emotional, and physical. With less access to medicine seniors, in particular, would face a lower quality of life.

Advocates for drug price controls stay very quiet about these negative side effects. Because just as “negotiated” prices poll well, they become much less popular when respondents hear about the inevitable tradeoffs: stymied innovation and restricted access to cures.

Drug price controls slash pharmaceutical income, which radically diminishes investment in research and development. And the effects get exponentially worse over time. When investment is robust, medical research builds on itself, growing in unpredictable directions. By year 10 or 20 of underinvestment, though, dozens or even hundreds of new would-be treatments could be lost.

Studies by the Congressional Budget Office have shown that price controls of the type under consideration right now would reduce the number of drugs coming to market. And a new working paper from a University of Chicago economist found that a similar pricing scheme would lead to an R&D reduction over the next 18 years of as much as 60 percent — translating into as many as 342 fewer new drug approvals. That could effectively end the fight against chronic and currently incurable diseases.

Some in Congress want to hide their proposed price controls amid so-called “inflation penalties,” which would not cap drug prices as such but limit the amount by which prices could increase in a given year. But this would just incentivize drug companies to hike prices from the get-go, in order to avoid penalties down the road.

Ensuring that prescription drugs are affordable is a worthy goal. But it’s equally important for prices to be fairly determined and market-based. Giving the government the power to dictate prices would simultaneously interfere with those market forces and severely limit patient access.

All of these proposals would also disproportionately harm American seniors. They suffer from chronic disease more than other age groups and rely on prescription drugs the most.

Conversely, tomorrow’s seniors have the most to gain from continued investment in medical research. It is their future that is being negotiated away in the misleading campaign for drug price controls.

Saul Anuzis is a former Republican chair in Michigan. He wrote this for InsideSources.com.