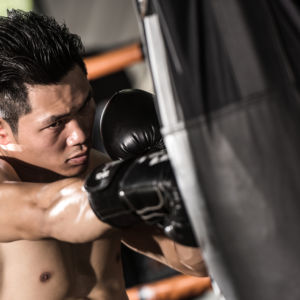 Twenty conservative individuals and groups sent a letter to House Education and Workforce Chairman John Kline and House Energy and Commerce Chairman Fred Upton expressing their “strong opposition” to a bill that would bring Congressional oversight to professional Mixed Martial Arts competition here in the United States.  The bill was proposed by Republican Congressman Markwayne Mullin, who represents the eastern part of Oklahoma.

In their letter to House Republican leaders, the signers argue, “[t]he nation faces many daunting challenges including a national debt that is approaching $20 trillion, a stagnating economy and wages, skyrocketing Obamacare costs, and terrorist enemies who seek to end our very existence. Federally regulating the MMA market, which is not broken and represents a true American success story, should not be given any serious attention by lawmakers.”

The bill would expand the Muhammad Ali Boxing Reform Act to include Mixed Martial Arts and other combat sports.  Rep. Mullin eschewed his conservative credentials in writing the bill telling National Journal, “I’m not a big fan of federal regulations, but there is an oversight that needs to be created.”

The letter is just the latest in public opposition to the bill since Rep. Mullin, a former MMA fighter, dropped it late last month. It has received harsh criticism from UFC – the largest and most well-known MMA promotion company in the world – and conservative columnists, incredulous that such regulation has made it onto Congress’ to-do list.

UFC’s Chief Operating Officer, Lawrence Epstein recently told ESPN, “I was especially disappointed with [Rep. Mullin’s] lack of concern for athletes’ health and safety — an issue that we, at UFC, consider our top priority. Moreover, we continue to believe the federal government would have no productive role in regulating MMA promotions or competitions. Already, states regulate each bout and MMA athletes are well compensated and treated fairly, which is one of the reasons the sport is the fastest growing in the world.”

For their part, the conservative leaders and groups that signed on to the letter closed with an admonition to Congress to focus on other priorities.  “The American people are tired of business as usual in Washington and are not clamoring for more regulation on the private economy, including MMA.  Instead, Congress should reject H.R. 5365 and focus on constitutional policies that reduce regulations, establish favorable economic conditions, balance the budget, and keep the American people safe.”

Hill insiders give the bill little chance of passage this session.