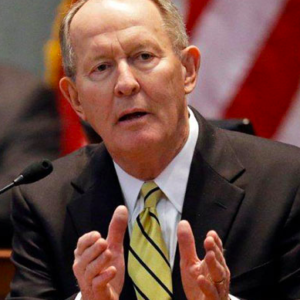 With the killing of the Green New Deal, one Republican senator found it necessary to propose an alternative plan of action to address issues of climate change. That senator is outgoing Lamar Alexander, R-Tenn. In a floor statement he gave at the end of March, Alexander proposed the creation of a “New Manhattan Project” to address climate change as the competing alternative to the Democrat’s trademark climate justice proposal.

“So, as one Republican, I propose this response to climate change: the United States should launch a New Manhattan Project for Clean Energy, a five year project with Ten Grand Challenges that will use American research and technology to put our country and the world firmly on a path toward cleaner, cheaper energy,” he said.

While no legislation has been written, Alexander called on Congress to double energy research funding and offer incentives and subsidize the development of technologies like nuclear, natural gas, carbon capture, batteries, green buildings, electric vehicles, cheap solar, fusion, and computing.

Alexander’s proposal is currently one of the few actionable climate plans from the Republicans. Some Senate Democrats have already announced support for such a proposal; however, the bill may not have the support of Alexander’s Republican colleagues.

“The main purpose of the bill is to use taxpayer money to reward special interests,” says Myron Ebell in an email, characterizing it as a subsidy program for clean technologies. “The only thing it has in common with the Manhattan Project is the name.”

Ebell is the director of the Competitive Enterprise Institute’s Center for Energy and Environment and served as the head of environmental issues on the Trump transition team in early 2017.

“What makes it less objectionable than the Green New Deal and most of the other bills is that it wastes less money, at least at first,” Ebell said. “But that also makes it more attractive to wooly-minded moderates in Congress who wrongly believe that ‘you can’t beat something with nothing.’ Alexander and other moderates always hope that splitting the difference and spending some money will provide them with political cover.”

“I’m not sure President Trump would sign such a proposal,” Burnett said in a phone call. “It is not clear to me that some Republicans would support this bill, saying ‘oh yeah, we’re green too, we have to fight climate change, and this is the right way to do it.'”

Burnett additionally characterized Alexander’s proposal as a “Green New Deal-lite,” insinuating that the legislation is just a more workable version the Democrat’s original proposal. “My point of view is that this is just bad policy. I just don’t think that the government should be involved in the energy market,” he said.

Mark Mills, a senior fellow at the Manhattan Institute and a faculty fellow at Northwestern University’s McCormick School of Engineering and Applied Science, is also skeptical of Alexander’s proposal. The only difference from Burnett and Ebell is that Mills found the plan and the original Green New Deal to be “neither green, nor new.”

“For my part, my analyses and proposals (including Congressional testimony) have never drawn from the political alignments around energy, but instead from the physics – and thus derivatively, the economic realities – of energy,” Mills wrote in an email. “That is not to say I am not aware of the political alignments, or the often cartoonish claims for ‘magical’ solutions and grand plans that episodically emerge on a bipartisan basis,” he added, responding to questions about the likelihood of Republican support.

It is hard to tell how many Republicans will support the Alexander climate plan. Sen. Susan Collins, R-Maine, has announced her support, along with Sens. Pete Domenici of New Mexico and Lisa Murkowski of Alaska. Trump administration officials have expressed only passing interest in the plan.

Secretary of Energy Rick Perry is on record saying he would value Alexander’s approach due to potential increases in annual appropriations. “It’s a step in the right direction,” Perry said during a Department of Energy budget hearing last month. “Obviously without seeing all the crossed t’s and dotted i’s, I, generally speaking, don’t mind going down the road with Lamar Alexander.”