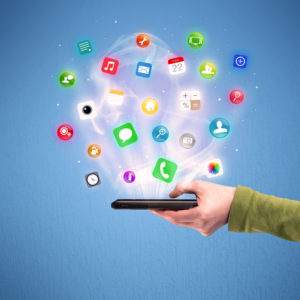 Groups said the Supreme Court should grant Samsung’s request for a review based on the “obviousness” of the slide-to-unlock feature, which they believe the Federal Circuit Court of Appeals misinterpreted (in patent law, obviousness is a term used to describe features undeserving of patents). Allowing Apple’s $119.6 million damage award to stand, they argue, will bolster patent trolling across a range of industries.

“This erroneous interpretation of the patent obviousness doctrine causes harm to a wide range of entities and constituencies, including the United States government, the nascent 3D printing industry, the pharmaceutical industry, Main Street non-technology businesses, and small startups and consumer-innovators,” they wrote in an amicus “friend of the court” briefing.

Engine Advocacy, PK, and EFF said those groups have already “faced and likely will continue to face patents of truly questionable merit, patents that almost certainly would be invalid were it not for the Federal Circuit’s cramped interpretation of obviousness. Reviewing that interpretation on writ of certiorari will be of great importance to these and many more industries.”

The original case began in a California federal district court in 2014, where Apple sought more than $2 billion in damages from Samsung for infringing on Apple patents for slide-to-unlock, autocorrect, and text-to-link features. Samsung countersued over patents it holds for multimedia sync and universal search features.

Both companies were found to have infringed on each other’s patents, with a jury awarding Apple $119.6 million for all three of its patents and Samsung $158,400 for a patent describing a method for organizing photos and videos into folders. United States District Court for the Northern District of California Judge Lucy Koh presided over the case — the same judge that first heard the last Apple v. Samsung patent dispute to reach the Supreme Court.

A three-judge panel on the U.S. Court of Appeals for the Federal Circuit threw out that verdict last February, describing all of Apple’s patents as obvious while upholding Samsung’s victory. An en banc, or full court review (all eleven judges) requested by Apple reinstated the lower district court ruling last October, when the other eight judges sided with the iPhone maker against the three judges who ruled in favor of Samsung.

Samsung’s petition for writ of certiorari (Supreme Court review) is the last move the South Korean Galaxy smartphone manufacturer has to make.

Ignoring the Samsung patent dispute could have significant, harmful consequences on emerging markets like 3D printing, tech advocacy groups explained, where there are have already been efforts to patent 3D printer feedstock — the material deposited to compose the 3D-printed object — including chocolate.

“This new technology intersects directly with the obviousness doctrine of patent law,” the brief reads. “A great advantage of 3D printing is that it enables any user not only to produce copies of a 3-dimensional design, but also to modify the design or combine it with others. Obviousness, the doctrine that deals with modifications or combinations of inventions, determines the extent to which patent law and licensing will regulate this creative activity.”

One attorney for EFF commented, “If you let people get patents on every material that has those properties, you’re going to occupy 3D printing.”

The filing also goes into detail on how the ruling could impact, retail sales and services, small businesses, government systems, and pharmaceuticals like EpiPens. “Evergreening,” when pharmaceutical companies obtain patents on minor changes to known medicines to extend the effective life of patents, is an example of obviousness. A notable one is Mylan’s EpiPen, first approved for sale in 1987.

“Two decades (coincidentally, one patent term length) later, Mylan Pharmaceuticals obtained a patent on a slightly improved EpiPen, and subsequently raised the price from $100 in 2007 to $608 today,” the groups wrote. “Despite the sixfold price increase, at least one analysis suggested that the ‘improved’ EpiPen was ‘the same core device’ as the original, now-unpatented version.”

The patent for minor changes to the decades-old EpiPen “effectively granted the company a monopoly on old technology, to the detriment of consumers’ pocketbooks and possibly their lives,” they added.

Earlier this year, the Supreme Court sent the last Apple v. Samsung patent dispute back down to the lower court to reassess and lower the damages originally awarded to Apple. The court ruled Apple was not entitled to the total profit of Samsung Galaxy devices that infringed on iPhone patents, originally over $1 billion.