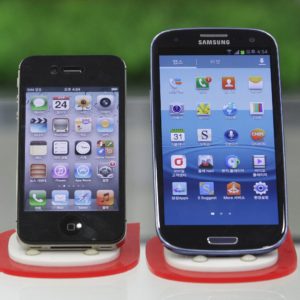 Samsung claimed victory over Apple in the Supreme Court Tuesday, where justices unanimously struck down a lower court ruling that experts warned could be devastating to patent protection and entice patent trolls.

Apple sued Samsung on the basis of the Patent Act, the 19th century law protecting design patents from infringement. The law entitles the patent holder to total profit “disgorgement” from the product copying the design elements, or the “article of manufacture.”

Justice Sonia Sotomayor discounted that notion in delivering the court’s opinion Tuesday, saying the term denotes not just the product sold to the consumer — in this case, 11 smartphone models previously produced by Samsung, including its popular Galaxy line — but also individual components of the product.

The latest ruling in the ongoing patent feud the companies have waged since 2011 gives Samsung a chance to get back a portion of the $548 million it paid to Apple last December for copying patented Apple designs for the iPhone’s rounded corner, front face and grid of application icons.

“A patented design might be the essential feature of a spoon or rug. But the same is not true of smartphones, which contain countless other features that give them remarkable functionality wholly unrelated to their design,” Samsung said in its petition urging the Supreme Court to hear the case last year.

The South Korean electronics manufacturer argued those features only contributed to the overall product, and that turning over its total profits in accord with design patent law discounts all other technology and innovation that went into the development of the product.

According to the Supreme Court, damages paid to Apple should be limited to the copied components and not the entire product — a position backed by a large portion of tech companies and other industries that weighed in on the case.

“The Federal Circuit’s decision is deeply flawed,” the companies wrote. “If allowed to stand, it will lead to absurd results and have a devastating impact on companies … that spend billions of dollars annually on research and development for complex technological products and their components,” Google, Facebook, Dell, HP, eBay, Vizio and others said in a brief to the court in January.

The ruling originated in the U.S. District Court for Northern California, where nine jurors found Samsung infringed on six of seven Apple patents, including the rectangular shape and rounded corners of the iPhone and the shape of its app icons. The court ordered Samsung to pay Apple an initial damage assessment of $1.05 billion, later revised down by the federal court.

In 2015 the Android phone maker warned letting the ruling stand would “invite overprotection and overcompensation for design patents, free from the limitations imposed in other areas of intellectual property law” and “lead to ‘an explosion of design patent assertions and lawsuits.’” The case has already been cited in patent troll allegations.

The nation’s highest court heard oral arguments in October for the first case on the infringed appearance of a product, rather than its functionality, in more than 100 years.

“Maybe I’m not grasping the difficulties in the case. It seems to me that the design is applied to the exterior case of the phone. It’s not applied to the — all the chips and wires,” Chief Justice John Roberts said in October. “So there shouldn’t be profits awarded based on the entire price of the phone.”

Justices repeatedly cited automobile design as examples of their disagreement with the lower court’s ruling.

“Wallpaper, you get the whole thing,” Justice Stephen Breyer said. “A Rolls Royce thing on the hood? No, no, no. You don’t get all the profit from the car.”

“Suppose the Volkswagen Beetle design was done in three days, and it was a stroke of genius and it identified the car,” Justice Anthony Kennedy posited. “Then it seems to me that that’s quite unfair to say, well, we give three days’ profit, but then it took 100,000 hours to develop the motor.”

In briefs submitted to the court Apple agreed the law as interpreted by the lower court could invite overcompensation, but Apple lawyer Seth Waxman said Samsung neglected to make that argument in a lower court, and asserted the jury followed instructions in awarding Apple damages.

The Supreme Court said the lower court analyzed the law incorrectly. The case will head back to the Federal Circuit Court of Appeals for further proceedings.