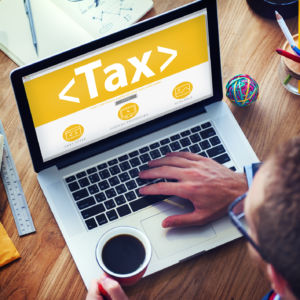 Consumers in the Digital Economy Deserve to Be Taxed Fairly

If you buy a tangible product — be it a car or a stick of gum — you can generally be charged a sales tax only once. But when it comes to digital goods and services, outdated government policies allow you to be taxed multiple times for the same e-book, app, music download, or other digital good. If that strikes you as unfair, that’s because it is.

For example, if you live in Massachusetts and purchase an app in Texas, and the company selling the app has located its servers in Nebraska, all of those states could impose a tax on your purchase, tripling your tax burden. As a result, millions of Americans are at risk of having to pay duplicative taxes on digital goods and services.

Congress needs to step in to protect consumers and treat this growing economic sector fairly. Nearly nine in 10 Americans use the internet, of whom 45 percent have bought digital goods. Since the early 2000s, the digital sector has grown more than three times faster than the overall economy, averaging 5.6 percent of annual growth. Hundreds of billions of e-books, songs, apps and movies have been downloaded and streamed, and the numbers will only increase as advances like Internet of Things (IoT) technology and 5G wireless networks become accessible to more Americans. In 2020, mobile app sales alone are projected to generate $189 billion.

The success of the digital economy has attracted the attention of revenue-hungry tax collectors, and states are in a free-for-all to tax consumers online. The majority of states already tax digital goods and services in some form, and several more are taking steps to follow suit. The lack of consistency in tax laws and the absence of clear federal guidelines about jurisdictional authority threaten to expose digital consumers to duplicative taxes on the same transaction.

New bipartisan legislation in Congress, the Digital Goods and Services Fairness Act, addresses this problem by creating rules of the road to determine which state has the right to tax a digital transaction, if it chooses to do so at all. Two bills have just been introduced,

The Senate and House bills — sponsored by Senators John Thune of South Dakota and Ron Wyden of Oregon and by congressmen Steve Cohen of Tennessee and John Ratcliffe Texas — do not establish a national sales tax nor mandate that any state impose a tax on digital goods or services. Those decisions would be left up to individual state policymakers. However, the state where the consumer lives would have the sole authority to impose a tax on a digital good, preventing unfair and duplicative taxes that penalize consumers for engaging in digital commerce.

The bill would also prohibit discriminatory treatment of digital goods in state tax codes. Some states impose a higher tax rate on digital products than on their physical counterparts. For instance, those who choose to buy a digital music album instead of a physical CD could wind up paying a higher tax rate. Tax neutrality between similar tangible and digital goods is vital; governments have no business incentivizing one over the other.

Enacting the Digital Goods and Services Fairness Act is an important and overdue step toward tax fairness for both consumers and the businesses that create digital products. Without congressional leadership on this issue, the millions of Americans who participate in the digital economy every day will remain at risk.