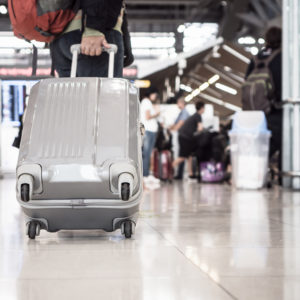 Airports are using misleading claims and fuzzy math to lobby Congress for an increase in the passenger facility charge (PFC), a hidden tax on virtually every air traveler in the United States, whether you travel to New York, Los Angeles or Orlando. U.S. airports are already on track to collect billions in PFCs, and when combined with other government taxes and fees, more than 20 percent of the average ticket price is diverted to government coffers. As summer approaches, you would think that vacationers and others already pay enough to fly.

The PFC, which allows airports to collect up to $4.50 on each enplaned passenger, helps cover airport infrastructure costs. Air travelers can be made to pay a PFC on each flight segment, up to two segments per one-way trip. So PFCs can add up to $18 for a round-trip.

Thanks to strong passenger growth, nationwide PFC collections reached a record-breaking $3.5 billion in 2017 — more than double what they were in 2001 when the PFC was last increased. The pace of PFC revenue growth has easily outstripped inflation. In fact, if revenues had merely kept up with inflation from 2001 to 2017, airports would be collecting more than $1 billion less in PFCs each year.

Nonetheless, proposals to increase PFCs significantly are gaining traction in Congress, and airports intensified their lobbying efforts at recent legislative hearings. Under one proposal, a family of four could wind up paying more than $100 in PFCs alone to fly round-trip. Some are even pushing to uncap the PFC entirely, allowing airports to charge whatever they like on consumers and opening the door to billions of dollars in additional fees.

Price-conscious travelers would react to these higher costs by flying less and using alternative forms of transportation. In a new analysis by the American Consumer Institute, we predict that raising the PFC would translate to 7.5 million fewer air passengers in the U.S. in 2019. This represents an annual loss of consumer welfare of $3.1 billion, or about $25 for the average household.

Similarly, a 2017 study by the International Air Transport Association considered the broader economic repercussions of a PFC hike and found that 52,000 jobs would be destroyed, causing U.S. GDP to drop by $5.1 billion.

With about 900 million air travelers on U.S. carriers last year, an increase of nearly five percent from 2017, these negative effects will take their toll on vacationers and other consumers, business travelers, the aviation industry, and the overall economy.

Though airports claim that an increase in the PFC is necessary to support badly needed infrastructure improvements, the truth is that airport finances are healthy and growing. Since 2000, revenues have grown faster than inflation, giving airports the resources to cope with the rising demand for air travel. Airport revenues broke records in 2017 when they approached $30 billion.

In just the last decade, America’s 30 largest airports invested more than $165 billion in infrastructure projects that have been completed, are underway, or have been approved.

Airports have also accumulated nearly $15 billion in unrestricted cash and investments on hand (a 49 percent increase since 2010), amounting to more than a year of liquidity. On top of that, the federal aviation fund is growing rapidly and is expected to have an uncommitted balance of $47.7 billion by the end of 2029; Congress could allocate these surplus funds, which are generated from various taxes and fees on air travelers, to buttress existing airport resources.

The abundance of funding makes airport revenues subject to waste and a rich source for diversion by federal, state and local governments. For example, the Port Authority of New York and New Jersey found airport funds were diverted for other purposes, including building roads elsewhere in New Jersey. And, there are many other examples, including the City of Los Angeles tapping into LAX airport’s fund and the City of Orlando tapping into Orlando Airport fund. The result is billions of dollars being reverted for other purposes.

The numbers are clear. Airports are not in danger, now or in the near future, of running out of infrastructure funding. Asking vacationers to Orlando or business travelers to New York City or passengers across the country to pay more to fly would inflict unnecessary economic harm and reduce consumer welfare.