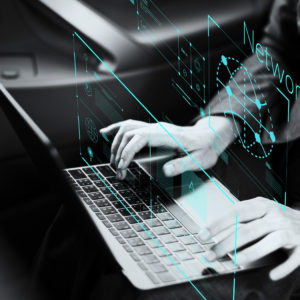 The Continuing Leadership of the U.S. in Global Net Vitality

Regardless of your political leanings, the just-released report by the Telecommunications Research and Policy Institute shows that with regard to the global broadband internet ecosystem, there is no need to Make America Great Again. That’s because the U.S. leadership role in this field remains well established, as documented in the study that I authored — “Net Vitality 2.0: Identifying the Top-Tier Global Broadband Leaders — The Net Vitality Index In Detail” (available at trpiresearch.org).

This is the only evidence-based analysis that compares countries on an apples-to-apples basis, based on four essential elements that work together seamlessly to create the internet’s vitality that we rely on in virtually every aspect of our daily lives. These are (1) applications and content; (2) devices; (3) networks; and (4) innovation and competitiveness indicators. Omit one of these elements from the internet equation and the value of the Net to all of us would be greatly diminished.

Since 2010, along with talented research teams, I have been tracking indices developed by the most credible sources that collect country data on a regular basis, make it publicly available, and reflect transparency in their research methodologies. These include the United Nations, the World Economic Forum, the World Wide Web Foundation and Freedom House.

Based on these underlying data, I have developed a composite index to determine which countries are top-tier leaders for the global broadband internet ecosystem.  In the original analysis published by The Media Institute in 2015, the United States and four other countries — South Korea, Japan, the United Kingdom and France — represented an undisputed leadership rank.

But in the new report, only the United States and the United Kingdom have retained their leadership status. China, Germany and Canada now part of the top-tier cohort. The Net Vitality Index documents 38 separate indices to reach this conclusion. Equally important, it presents comparative data that highlight where each of the five top-tier countries ranks in relation to one another.

This closer analysis shows just how successful the United States continues to be in internet development, which benefits both our nation and citizens around the world who have broadband internet access. Here are some areas where the United States beats its four leadership rivals — intensity of social media; top personal computer operating systems; top web browsers; global smartphone sales; broadband network expansion capability; and least inherent cyber risk.

And this comparative advantage is magnified when innovation and competitiveness indicators are taken into account. Here, for example, the U.S. comparatively beats its leadership rivals in technological efficiency; internet market attractiveness; and leading cities for startup companies.

The new report data, however, show that the United States is behind one or more of its rivals (most often the United Kingdom or Germany) in a number of key areas, including overall access to information, eCommerce, eGovernment utilization, and even internet usage by population size.

The bottom line here is that the United States, contrary to anecdotal accounts and unduly narrow analyses of broadband internet ecosystem development, is more than holding its own. But the data also show that given the continuing dynamism of the internet, the United States should not just rest on its laurels. Rather, it should double down on its strengths and work diligently to close the gaps with other countries that have the capability to sprint ahead in the coming years (think China). The nature of global competition demands no less.

Government certainly will play an important role in ensuring our nation’s continuing internet success. There is no single regulatory approach that will be able to do this. The United States and those in its leadership group demonstrate that the best route is forward-looking policymaking that reflects government’s critical role as a challenger and catalyst. Here, the U.S. should continue on the steady course that has yielded such positive results over an extended period of time.

It should encourage companies to raise their aspirations; increase the pace of innovation and the scale of investments; and move to higher levels of competitive performance. These actions will help Keep America Great, at least when viewed through the lens of our vital national interest in maintaining the economic and social benefits of Net Vitality.