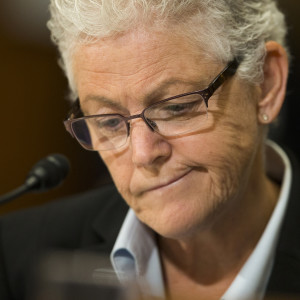 Controversial Rule Could Pose Economic Threat to Communities Across U.S.

The Obama Administration next week is set to release controversial new federal ozone limits that will impact economic growth in hundreds of communities from coast to coast. Civic and labor leaders, state and local government officials, manufacturers and other businesses have spoken out for months on the significant impacts of a change to ozone rules at this time.

EPA is currently considering changing the current standard of 75 parts per billion (ppb) – which most cities are still working to meet – to a range of 60 to 70 ppb.  EPA’s own analysis of the regulation puts its cost at more than $15 billion and estimates show that between 958 and 1,433 counties could be in noncompliance under new rules, according to recent analysis by the American Petroleum Institute. In addition, ozone levels are moving in the right direction having dropped more than 20 percent in the past decade.  Local officials also point to a host of environmental regulations set forth by the Obama Administration, many of which are expected to reduce ozone levels further in the years to come.

The prospect of a new federal ozone rule has long been divisive.  Four years ago President Obama asked EPA to withdraw their proposal to change ozone levels, citing the importance of reducing regulatory burdens and the rule’s impacts on the economy.

Echoing these concerns, nearly half the U.S. Governors have called on the EPA to keep the current standard in place due to economic impacts locally.  The U.S. Conference of Mayors, National League of Cities, National Association of Regional Councils, and National Association of Counties, which represent the nation’s 19,000 cities and mayors, 3,069 counties and more than 500 regional councils, also weighed in.  Earlier this year they asked the EPA to delay implementation of a new standard until the current standard is fully implemented, and they pointed to “the financial and administrative burden” and impacts to federal funding for transportation planning and highway and transit projects in noncompliance areas.

But opposition to the rule has also come from some unusual corners as well, including local democratic officials who typically side with the White House.  A recent column in the National Review noted that “state- and municipal-level opposition has come from Democratic leaders representing communities made up heavily of core party constituencies” and “such local- and state-level opposition from the Left could represent a significant challenge to President Obama as he pursues aggressive environmental policies.”  It noted that dozens of local politicians, labor leaders, and community activists have written letters calling for the ozone rule to be withheld or postponed.  Another article in Politico echoed those sentiments, saying that the concerns with the new rules “may be harder to dismiss when coming from local and state officials who represent the areas that are the target of the environmental efforts to reduce pollution — and who have been staunch supporters of Obama in the past.”

However, not to be overshadowed, environmentalists and the EPA’s advisory board have called for a tightening of the lower standard, citing health impacts.  The Sierra Club and American Lung Association have poured millions into advertising.  In addition, this week, 70 U.S. mayors sent a letter supporting the administration’s plans to issue a lower federal ozone standard.  They noted that the current standard of “75 parts per billion (ppb) has been widely acknowledged by the medical community as insufficient to protect public health.” However, of the cities these mayors represent, many are in violation of the EPA’s current standard and, according to our analysis, 52 would be in violation of a lower standard.  Interestingly the letter did not urge a specific level for ozone, demonstrating broad differences among mayors on the issue.

While not a front-burner issue for the White House, the decision will be difficult.  The president’s legacy is wrapped up in strengthening the middle class and keeping local economies strong; a tough task if he adds additional regulatory burdens to communities and businesses.