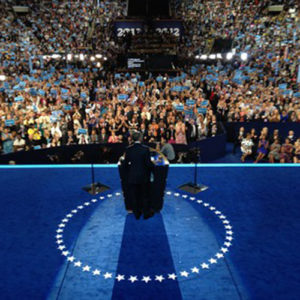 The 2016 political party conventions are fast approaching. During the end of July, party notables, as well as a sea of reporters, corporate representatives, celebrities and others will flock to Cleveland and Philadelphia to participate in this year’s convention circus.

Over the past several decades, the nominees have been largely selected by the time of the party conventions, and so many are questioning the usefulness of the massive pageantry.

Have conventions outlived their usefulness?

It seems fair to say that there is still much utility in the events: The conventions provide a chance for the candidates in both parties to stump for our votes on a national stage, for new political superstars to rocket into our orbit (a la Barack Obama in 2004) with impressive speeches and rhetoric; for vice-presidential picks to vie for a place on the ticket; for the topics that will garner the most attention in the general election to be set; and for the parties to confirm their platforms and proclaim the policies that will become a reality in the event that they field the winning presidential candidate.

The convention moment in the electoral process seems to remain an important one, (and in this particularly strange 2016 election cycle, most likely an interesting and dramatic one as well), but one element has made political conventions feel outdated and ripe for reform — and that is the corporate and special-interest trappings that surround them that take away from the gravitas and import of the moment.

The Democratic and Republican national conventions should be publicly financed electoral events with reasonable ethics restrictions on influence-peddling by lobbyists. But in 2014, Congress repealed the longstanding public financing of the conventions, (except for $50 million in security funds provided to each convention’s state and local law enforcement authorities), and as a result, to keep the conventions at the appropriate level of grandeur, party officials have eagerly gravitated toward new private sources of convention funding like corporations, the super-wealthy 1 percent, and lobbying firms seeking to curry favor with policymakers.

With the bulk of this money sourced to non-party entities, the tenure and tone of the event likely will reflect that of the interests spending the big bucks, reducing the ability of TV viewers to gain an unvarnished sense of the party’s stances and the candidate’s goals. While in this day and age, the nominations themselves are fairly cooked before the convention, the events can and should still have profound meaning to the public.

Congress should work to correct the way the conventions are funded — returning to public financing of the nominating conventions.

Lisa Gilbert is vice president of legislative affairs for Public Citizen. She wrote this for InsideSources.com.