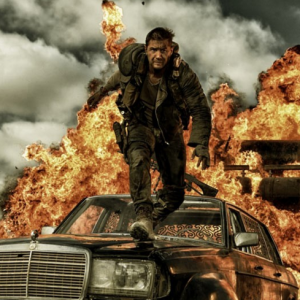 During the waning days before the New Year, some new data regarding entertainment content piracy deserves a closer look by those involved in copyright policy advocacy and implementation.

Exhibit A is a recently released report by Sandvine, a Canadian company that makes the software and equipment that Internet Service Providers use to allow Internet ISPs to provide more efficient delivery of data at high speeds, along with inspecting and prioritizing data traffic.

Sandvine’s report includes unique usage data on U.S. video and music streaming. Americans are buying or renting more video and music, either through per-viewing or subscription fees. Popular services such as Netflix, Amazon Prime and Hulu now comprise about 70 percent of national broadband Internet usage during peak hours. A quick conclusion from this number might be that as legal sites for content take hold, the interest in illegal downloading through file-sharing sites such as Bit Torrent is withering away.

But alas, mass entertainment piracy by individual Americans remains a widespread phenomenon. BitTorrent itself released a clarifying statement commenting on the Sandvine data, noting that although the percentage of file sharing has declined dramatically, usage has not.

Exhibit B comprises data from some of this year’s top box-office successes. It presents a more realistic picture of what actually is going on in the content piracy trenches.

Digital pirates downloaded illegal copies of the summer’s best-selling theatrical movies 85.34 million times — more than in 2014 by nearly 30 percent, according to Variety.

“Mad Max: Fury Road” was the most pirated summer film, taking the top spot at 22.9 million downloads on file-sharing networks. The summer’s biggest smash, “Jurassic World,” was the second-most pirated film, with 18.6 million comparable downloads. It was followed by “Avengers: Age of Ultron” (15.87 million), “Insurgent” (14.46 million) and “Terminator: Genisys” (13.94 million).

With an average ticket price this year of $8.34, according to Statista, it’s pretty easy to multiply actual dollars that content creators lost by having people watch pirated content in their homes instead of buying a movie ticket at the box office. The total is more than $700 million just for these five most pirated summer films, despite continuing efforts to combat piracy on all fronts.

In short, dramatic proof of reducing piracy as a simple function of having more widely available content for legal downloading was not apparent in 2015. The massive revenue leakage for content creators seems to have continued with great force for yet another year.