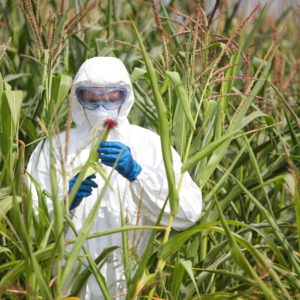 The corn ethanol scam is now a climate-change scandal.

The decade-old boondoggle that was aided and abetted from the get-go by big environmental groups, including the Union of Concerned Scientists and the Natural Resources Defense Council, has been exposed — again — as being worse for climate change than conventional gasoline.

A new study by John DeCicco and several of his colleagues at the University of Michigan Energy Institute has determined that the amount of carbon dioxide consumed by crops only offset 37 percent of the greenhouse gas emissions from biofuel combustion. The study, published in the journal Climatic Change, didn’t rely on models. Instead, it looked a real-world data on crop production, biofuel use, fossil fuel use and vehicle emissions.

“When it comes to the emissions that cause global warming, it turns out that biofuels are worse than gasoline,” DeCicco said. “So the underpinnings of policies used to promote biofuels for reasons of climate have now been proven to be scientifically incorrect.”

DeCicco’s paper is an indictment of the green groups and neoconservatives who formed an alliance with Big Corn to persuade Congress to pass an energy bill in 2005 (which was revised and expanded in 2007) that requires American motorists to buy ethanol-blended gasoline. Their co-conspirator: the Environmental Protection Agency, whose own data has shown that corn ethanol makes air quality worse.

In 2010, the agency determined that using more ethanol-blended fuel will cause carbon-dioxide emissions to increase for at least a decade. It also found that ethanol-blended fuel will “lead to up to 245 cases of adult premature mortality.” That’s remarkable given that researchers from MIT and Harvard University have estimated that the increased pollution from Volkswagen’s efforts to defeat emissions-control equipment in its automobiles will cause about 60 premature deaths per year in the United States. For its deception, Volkswagen is now facing a myriad of lawsuits and billions of dollars in fines.

Last year, the Environmental Working Group issued a report that found that the carbon intensity of corn ethanol is 20 percent higher than that of standard gasoline. In 2014, the group determined that corn ethanol consumption “resulted in 27 million tons more carbon emissions than if Americans had used straight gasoline in their vehicles.”

Despite these facts, the EPA has repeatedly raised the amount of ethanol that must be blended into domestic gasoline supplies. Furthermore, it has, for years, ignored federal law that requires it to study the climate-change effects of corn-ethanol consumption. Last month, the agency’s inspector general rebuked the EPA for its failure to comply with the law. In its response to the IG’s report, the EPA said it was busy. Very busy. And that it wouldn’t be able to fully comply with its reporting requirements by, wait for it … 2024.

While EPA deserves blame for foisting ethanol on American motorists, so, too, do the Union of Concerned Scientists and the Natural Resources Defense Council. In late 2004, they teamed up with a smattering of academics on a report that claimed that biofuels can “help end America’s oil dependence.” The report said biofuels “can free America from foreign oil in a cost-effective and environmentally safe way.” It also said biofuels “could reduce our greenhouse gas emissions by 1.7 billion tons per year.”

After the report was published, the NRDC aligned itself with a group of neoconservatives called Set America Free, which repeatedly — and speciously —claimed that by buying foreign oil the United States was supporting terrorism. For its part, the UCS routinely defends the ethanol industry. In January, Margo Oge, a former EPA official who now sits on the UCS board, claimed in the New York Times that — facts be damned — ethanol was “essential” to the effort to “reduce greenhouse gas emissions.”

Let’s be clear: Americans don’t like the oil and gas industry. Groups like the NRDC and the UCS continually demonize oil, natural gas and the process of hydraulic fracturing. But by hyping the ethanol scam, those groups have helped promote a fuel that’s worse for the climate than conventional gasoline. Keep that in mind the next time you pull up to the pump.

Robert Bryce is a fellow at the Manhattan Institute.