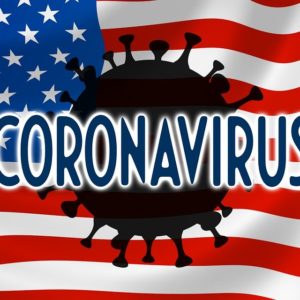 Turns out, President Trump’s supporters were right when they denounced his most fervent critics’ over-the-top comparisons of him to Hitler. Maybe the more apt comparison is to longtime former Soviet dictator Josef Stalin.

When I first arrived in the Soviet Union as an exchange student in 1978, I was shocked to see the long lines outside food stores and the bare shelves inside.

Shocked to see how rumors of a meat delivery would send Russian women racing to the butcher, pushing and shoving and swearing at one another to get there before it disappeared.

Shocked to see shoppers hiding goods inside their coats and hoarding products in hidden cabinets at home.

Most shocking of all were their communist leaders’ fairy-tale odes filled with lies about the brutal battles everyday Russians waged just to survive.

Such misfortune could never come to America. It was all so foreign to our bountiful, transparent way of life.

Fewer than four decades later, a killer contagion has stripped away such smug confidence. In a matter of weeks, we have been reduced to buying enough toilet paper to last a year and purchasing three or four cartons of eggs at a time.

We see the shock of store shelves bared not by a hurricane targeting one or two states, but by a plague blanketing the entire nation with a silence more deafening than the fiercest storm’s roar. Signs taped to the bare shelves restrict shoppers to two items apiece — when and if they reappear.

We see long lines outside Trader Joe’s and other grocery stores, limits on how many people can enter pharmacies, entire strip malls with empty parking lots.

And from our “stable genius” inside the White House, we hear fantasies more absurd than the worst Soviet propaganda. We see his daily tantrums toward journalists who, while not exiled to Siberia, must endure his slurs before millions of viewers.

Trump’s demand for absolute loyalty from subordinates has long been evident, but the current crisis is lowering it to Soviet levels. Dr. Rick Bright, head of advanced biomedical research for the government’s top health agency, was demoted for questioning the use of antimalarial drugs Trump had promoted to treat COVID-19.

Dr. Nancy Messonier, director of immunization at the Centers for Disease Control, was removed for warning Americans to prepare for “significant disruption” from the virus.

Before the pandemic, when Trump was firing campaign aides and Cabinet members for real or perceived disloyalty, it was merely worrisome. Now his Kremlin-style retaliation is costing lives.

Is it possible that the United States won the Cold War against a mighty external foe — only to see a global scourge replace capitalist freedoms with communist-style depravities — material and political?

As it defeated the Kremlin’s centralized planning and fueled the world’s richest economy, the great strength of American capitalism was its nimbleness. Responding quickly to supply and demand, it could turn on a dime when market forces changed or outside forces intervened.

Our critical shortage of COVID-19 tests goes beyond Trump’s incompetence or the absence of a coherent national plan. Most of the chemical reagents necessary for the tests are made in China — yes, the same China that is still lying about coronavirus’ origins there.

How can it be that Big Pharma, whose 10 biggest drug companies had $500 billion in sales last year, can’t produce the fairly simple compounds quickly in response to a national crisis of historic proportions?

Why must Trump resort to employing the Korean War-era Defense Production Act to compel a Maine medical-supplies company to produce the cotton swabs — swabs! — used in the tests?

For reagents, for swabs, for ventilators, for masks and gowns and so much more — it’s a seller’s market, if ever there was one. There’s big money to be made. Where is Ayn Rand’s “productive genius” of American capitalism when we desperately need it?

Of course, such comparisons have their limits. The most important is time: This awful pandemic won’t last decades or, if we’re lucky, even years.

And some heroic things are happening, starting with the unprecedented collaboration among the world’s best science and medical researchers working 24/7 to develop a vaccine and find treatments for the virus.

Such hope seems far away for Nate, a postal clerk who helped me the other day. I asked him how he was faring.

“Because I’m a so-called ‘essential employee,’ I can only shop at night after work,” he responded. “By the time I get to the store, everything’s wiped out. Paper products, I don’t expect to get. But all I want is a bag of frozen French fries!”

Just before I left the counter, he added: “I don’t mean to complain. I’m from Massachusetts, and we can handle a lot. But this situation?”

He shook his head and walked to the back.