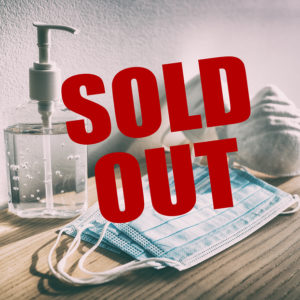 If the coronavirus has taught us anything, it’s that we need to be prepared to manage infectious diseases — new and old.

Yet several medical supply sterilization plants have shut down during the past year because of unwarranted fearmongering about a chemical they use. FDA warned such closures could produce shortages, and thanks to the coronavirus medical equipment shortages are already a reality.

Ethylene oxide (EtO) is a clear gas that is naturally produced inside the human body and is released into the air from combustion and natural sources, such as vegetation, manure, volcanic eruptions and waterlogged soil.

It also has many valuable commercial applications, such as in making shampoo, cleaners, antifreeze and more.

Less than 1 percent of commercially produced EtO is used to sterilize more than 20 billion medical products — more than half of all sterile medical products in the United States. FDA notes that “ethylene oxide may be the only method that effectively sterilizes and does not damage the device.”

In short, FDA notes, “This method is critical to our health care system and to the continued availability of safe, effective and high-quality medical devices.”

Until recently, the very low-level EtO emissions from sterilization plants was of little concern, because such traces are inconsequential to human health. But the perception of the risk changed when an EPA research program known as the Integrated Risk Information System (IRIS) released a highly flawed assessment of EtO risks.

For two decades the IRIS program has been under fire by the National Academy of Sciences, lawmakers and others for producing faulty assessments. The assumptions they use often vastly overestimate risks.

For example, if IRIS’ assessment for methanol is correct, drinking a glass of orange juice — which naturally contains traces of methanol — could cause developmental problems, which is hogwash.

In 2016, IRIS set a “reference concentration” — an agency-determined safe level for people who continuously inhale the gas — for EtO at 0.1 parts per trillion or 0.0000001 parts per million, which is absurdly low.

By comparison, the Occupational Safety and Health Administration’s safety standard is one part per million, and that’s for workers exposed five days a week, eight-hours a day for decades.

“Ethylene oxide is suddenly getting attention because an office within the EPA changed the way it calculated the amount it considers safe to breathe,” explains Toxicologist Gail Charnley. “No new science was used, just new math,” she explained.

According to Charnley, the IRIS number is nearly 20,000 times lower than the amount produced naturally in the human body, 5,000 times lower than levels normally found in suburban air, and more than “5 million times more stringent than the scientific judgments underlying all other regulatory limits on ethylene oxide in the United States and worldwide.”

Nonetheless, in a 2018 EPA report on air quality, EPA’s National Air Toxics Assessment (NATA) ran some models to estimate where air concentrations of the chemical might exceed IRIS’s 2016 reference concentration.

In a fact sheet about the report, the EPA noted: “The 2014 NATA shows that several areas could have elevated cancer risks from long-term exposure to the chemical ethylene oxide. These elevated risks are largely driven by an EPA risk value that was updated in late 2016.”

The NATA report set off a panic in communities near medical equipment sterilization plants. In a series of articles, the Chicago Tribune developed a ridiculous narrative that the Trump administration was working to allow EtO emissions at levels that poison communities and cause cancer.

Such hype has promoted some local activists to call for shutting down medical sterilization plants around the country.

Since then, the EPA has collected data on the levels found outside these facilities, and despite much hype, the levels are not alarming.

“No doubt, scientific truths are desperately needed in the public dialogue. The most important truth being, there is no cancer threat from the tiny amounts of ethylene oxide released from these sterilization plants,” explains Charnley.

Nonetheless, a plant in Willowbrook, Ill., has shut down permanently, and FDA notes that plants in Waukegan, Ill., and Atlanta have temporarily closed. In addition, another one in Covington, Ga., might be shut down at the request of the state’s attorney general.

After the Willowbrook facility closed, there was a shortage of  pediatric breathing tubes, which  FDA helped mitigate by encouraging active facilities to accept those products for sterilization. But shortages could become severe, particularly as the coronavirus increases demand for medical products.

We need a more balanced approach when it comes to managing risks of technologies that provide critically important public health benefits.

Indeed, the coronavirus is but one of many infectious agents that can undermine public health, and we need to ensure we have the proper tools to fight this and other serious health risks.