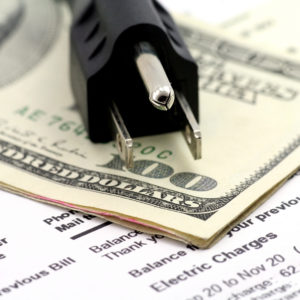 Costs of Carbon Tax: Who Pays? And How Much?

The carbon tax seems to be the idea whose time has never come. Despite being a topic of serious discussion for years, attempts to pass “tax and trade” or other carbon limitation bills have stalled legislatively. A series of four reports by Columbia University, Rhodium Group, the Urban-Brookings Tax Policy Center (TPC), and Rice University’s Baker Institute for Public Policy, analyzed various carbon tax legislation scenarios to assess their economic, energy, and environmental implications. The analysis is the first to consider how a carbon tax scheme would affect government revenues, household incomes, and the environment in light of the 2017 tax reform.

The researchers studied the impacts of carbon taxes set at three different rates, roughly $14, $50, and $73 per metric ton starting in 2020 and increasing afterwards between 1 and 3 percent per year.

Some of the impacts of a carbon tax are predictable. Coal, for example, would continue to decline as a fuel of choice for electricity generation. This would cost jobs in regions already struggling. However, the use of natural gas would remain relatively steady and perhaps even increase immediately after the passage of a carbon tax plan as utilities use it as a bridge fuel for the transition to renewables.

“Set at $50 a ton, a carbon tax would allow the United States to meet its Paris commitments by boosting renewable energy while shifting from coal,” said John Larsen, Director at the Rhodium Group. “What may come as a surprise, however, is that such a tax would have a negligible impact on natural gas and oil, even increasing production in the early years of implementation.”

Even so, consumers would see higher utility rates. The study found that, by 2030, ratepayers would see “average retail electricity rates increase by 8 percent, 22 percent, and 27 percent for the $14/ton, $50/ton, and $73/ ton scenarios, with substantial variation across regions.” Over a ten-year period, such taxes would raise a substantial amount of federal revenues, ranging from $740 billion ($14/ton scenario) to $3 trillion ($73/ton scenario).

What happens with this pool of money has important effects on national GDP, the study found. One fear of policymakers is that a carbon tax would be regressive, more expensive for low-income households, which spend a greater percentage of their income on energy. According to the researchers, this makes it even more important how the government chooses to spend its newfound revenues.

For instance, if the money raised by the tax is used to finance deficit reduction, “the policy is initially regressive, with the tax burden of lowest-income and highest-income households increasing by over 2 percent and less than 1 percent, respectively,” they write. After that, “lower debt will enable lower taxes and/or increased government spending, which can be structured in ways that are progressive, regressive, or neither.”

This is a better outcome than using the money to reduce payroll taxes, an option that would help middle and upper-class housesholds, while increasing effective tax rates for both extremes of the income spectrum.

“A carbon tax policy is not inherently a regressive or progressive policy: it can be either or neither. Policymakers can use these results to design a policy that avoids unwanted distributional impacts,” writes Dr. Noah Kaufman, a research scholar at Columbia’s Center on Global Energy Policy, who worked on the report.

Last year, tax reform was a boon for businesses and may have credited it with a new surge in growth and hiring. A carbon tax could have a similar such impact on the economy. The researchers are loathe to make any formal predictions though, citing the numerous other variables impacting the economy over the next decade.

The study does a lighter analysis of how these impacts would be spread not only among economic groups, but also across the country. Other studies have found that the burdens of a carbon tax would likely be felt more by the southeast than the northeast and that certain demographics, including low-income blacks and Hispanics, would likely feel more of a financial impact. Coal-producing states would likely be significantly impacted. While mentioned in the bibliography, the Columbia study does not dive into these numbers.

The study is another piece of the puzzle of how to solve the climate change problem. U.S. carbon emissions have declined over the past decade, in large part due to transitions away from coal fired power and helped by the economic downturn in 2008. With continued economic growth and as coal plants continue to close, continuing to reduce emissions will become increasingly difficult. The studies found that carbon taxes would lower carbon emissions by 39–46 percent below 2005 levels, a level far greater than the U.S.’s commitments under the Paris Agreement (26 to 28 percent reductions in net greenhouse gas emissions by 2025).