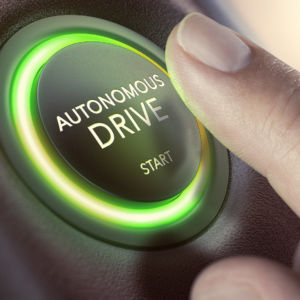 Autonomous vehicles, or “self-driving cars” are, according to their biggest proponents, the cars of the future, safer and more efficient than traditional cars and poised to change America’s transportation landscape forever. On-road vehicles consumed the equivalent of 11.6 million barrels of oil per day in 2017. In theory, a fully autonomous fleet of vehicles would increase efficiency, by allowing cars to travel close together in more aerodynamic caravan, reducing congestion through communication between cars, and potentially advanced ride-sharing. What has been less considered are the ways in which autonomous vehicles may change how people interact with cars and, according to analysis from the U.S. Energy Information Administration (EIA), the new technology could end up increasing energy use.

If time is money, then autonomous cars change the cost-benefit analysis of driving.

“Car owners might choose to travel by train to relatively distant business meetings because the train allows them to work and relax,” explains Dr. Zia Wadud, a research group leader at the Institute for Transport Studies at the University of Leeds, in the U.K. “The need to drive is part of the cost of choosing the car, just as standing on a cold platform is part of the cost of the train. If you can relax in your car as it safely drives itself to a meeting in another city that changes the whole equation.”

This means that for some people, automation increases how much they would use their car and, without automated cars on the road today, researchers have little sense of how much of the population they might be. As a result, estimates of the energy impact of automated vehicles vary widely.

“The effect of autonomous vehicles on transportation energy consumption is highly uncertain. Recent literature on the potential effects on energy as a result of adopting autonomous vehicles shows that U.S. [passenger car] energy use could decrease by around 60% or could increase by 200%,” write Nicholas Chase, John Maples, and Mark Schipper in a recent EIA analysis of the data.

Automation will allow for some fuel savings. However, the bulk of these efficiency gains will come in a relatively small sector of transportation use, namely trucks. Passenger vehicles, which account for much of the oil used in the U.S. today, would see smaller savings from automation, especially if self-driving cars make people more likely to embrace a longer commute.

Energy savings also depend on where people are driving. The bulk of energy savings occur from automation of trips in urban areas. Meanwhile, more rural areas with lower populations will see less of an impact from elements of automation like congestion mitigation and ridesharing. At the same time, these areas would benefit from the “reduced perceived cost of driving.”

The trouble is, without commercial adoption of automated cars, it is hard for a survey to get past a range when offering estimates of how people will use their automated cars. While they may improve mileage efficiency, they may also cause people to drive more. At this point, with the technology still years away from commercial implementation, attempts to quantify user behavior have many elements of speculation. As a result, the best guess for the energy impact of automation is just that, a guess, and one that allows for a fair amount of leeway, too.