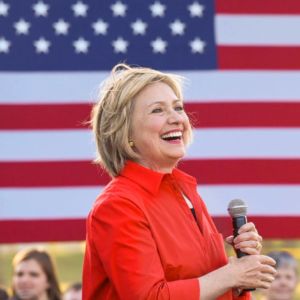 Simon Rosenberg was the odd man out.

He may be a centrist Democrat, but he’s definitely still a Democrat, and that made him a novelty at Thursday’s Capitol Hill panel on tax reform, sponsored by the Taxpayers Protection Alliance.

A veteran of Bill Clinton’s political war room, Rosenberg sat there in a hearing room, listening politely through remarks from Republican congressmen and conservative groups, praise for GOP Speaker Paul Ryan and an arguably hyperbolic claim that taxes are “one of the most frustrating things” bedeviling Americans.

Not that it wasn’t clear why he was there.

“We want this to be a bipartisan discussion,” stressed Taxpayers Protection Alliance president David Williams.

Mostly, he and fellow advocates want Washington to move from discussion to action — to actually accomplish the first comprehensive tax reform since 1986 in 2017.

Rosenberg thinks that’s possible, by the way, but he wanted to make a few things clear.

Firstly, President Barack Obama has been open to tax reform, at least for corporate and individual rates.

“There wasn’t hostility,” Rosenberg said. “I feel that there are political opportunities that may have been missed.”

While it’s clear Democrats are resistant to reform that reduces revenue to the government, Rosenberg said his party deserves more credit for literacy on this issue, especially considering the economy has done better on their watch.

“Democrats have dramatically outperformed Republicans,” he said, pointing to lower deficits and booming stock markets. “Not really interested in getting a lot of lectures.”

This was awfully bold and blunt language in front of a conservative crowd. But it did underscore the fact that tax reform could end up hinging on support from Hillary Clinton, the Democrat polls currently show leading the presidential race.

To drive this point, Rosenberg literally read aloud, approvingly, from Clinton’s website — and this time it was the Republicans listening politely.

He said Clinton backs closing corporate tax loopholes and making the code more “pro-growth,” yet he acknowledged many areas where she disagrees with the GOP and even seems to shift away from Obama.

“There is no mention of [reforming] corporate tax rates in here,” Rosenberg said, so “she is not indicating that she’s open to that.”

Meanwhile, it’s unclear Republicans would be open to her ideas on profit sharing and higher rates for the wealthy, despite Thursday’s GOP who hammered home the urgency they feel about tackling this issue.

Republican proposals include eliminating the Alternative Minimum Tax and the Estate Tax while making tax returns so simple they’re no bigger than a postcard.

One speaker on the panel who certainly favors the former was Rebecca Boenigk, CEO of the Texas furniture company Neutral Posture.

“We need to empower business owners, large and small,” she said, but the tax code “almost feels like it’s opposed to our success.”

She said reform would lead to more hiring and “unshackle the economy.”

Thursday’s discussion included no mention of Donald Trump, the presumptive Republican presidential nominee, who has yet to articulate detailed policy proposals in his campaign.

But conservatives shouldn’t pin all their hopes on Clinton for tax reform just yet.

“This isn’t what Democrats get up every day thinking about,” Rosenberg said candidly.