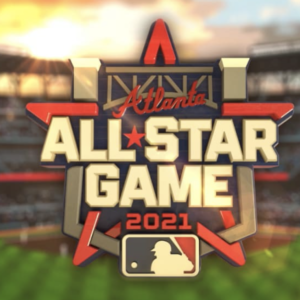 Last week, President Joe Biden gave his endorsement to calls for Major League Baseball to strip Atlanta of the 2021 All-Star game as an expression of outrage against Georgia’s newly-passed election reform laws.

“Look at what’s happened across the board. The very people who are victimized the most are the people who are the leaders in these various sports, and it’s just not right,” Biden said in an ESPN interview. “This is Jim Crow on steroids, what they’re doing in Georgia and 40 other states.”

Two days later, MLB took Biden’s advice and announced it was punishing Georgia for its legislative actions by moving the game elsewhere.

On Tuesday, the league announced the game will be played at Coors Field in Denver, Colo, but many other cities lobbied for it first. However, if Biden is right and Major League Baseball should use a state’s election laws to pick the site of the next All-Star game, they never had a chance.

New York’s Senator Chuck Schumer wanted the All-Stars in the Empire State. “Racist voter suppression laws are now hurting Georgia’s voters AND its economy,” the Senate’s top Democrat tweeted. “We would welcome @MLB to come and play the All-Star Game in New York where we are working to make it easier, not harder, to vote,” he continued.

And while Biden has repeatedly expressed outrage at Georgia’s anti-electioneering provision that prevents third parties from passing out food and drink in front of the polling places, Schumer’s home state bans passing out of food and water over $1 in value.

“Pittsburgh’s PNC Park is annually ranked among the best baseball stadiums in the country. The vistas of Downtown are unrivaled, and the intimacy of this stadium draws fans into the experience. There could not be a better venue to host the 2021 MLB All-Star Game,” they wrote.

But while there may not be a better venue, Pennsylvania’s voting laws are problematic at best. Like Georgia, the Keystone State has a voter ID requirement, though it’s for first-time voters only. And unlike Georgia, Pennsylvania doesn’t offer any early voting on weekends (though it does have 50 days of early voting compared to Georgia’s 17.)

Red Sox Nation would love to see the big game in Boston. (Given the team’s recent struggles, that might be the only way to get an All-Star to Fenway Park). And it’s a deep-blue state, so perhaps it’s a better fit for the Biden standard?

Massachusetts does not allow Georgia-style no-excuse absentee voting (like many states, it has a temporary COVID exception.) And in addition to demanding an ID from first-time voters, the Bay State lets poll workers demand identification from voters if, as the Secretary of State’s website puts it, “the poll worker has a reasonable suspicion that leads them to request [it.]”

Moving the game was a politically risky move for baseball, a sport that’s been losing fans for years. There are already complaints about going to Colorado, a state with an overwhelmingly white population, and leaving behind the hub of America’s Black community and economy. And while Colorado allows everyone to vote by mail, they also have a voter ID requirement.

The problems don’t end there. Now that MLB has drawn this line, how far does it go in enforcing it? As Georgia Gov. Brian Kemp asked,  “What are they going to do if the Braves make the playoffs? Are they going to move the damn playoff game?”

Perhaps Biden could host the All-Star game in his home state of Delaware, a real treat for a state that doesn’t have a major league team. Alas, it currently doesn’t have early voting or n0-excuse absentee balloting, either — both of which are available in “Jim Crow” Georgia.