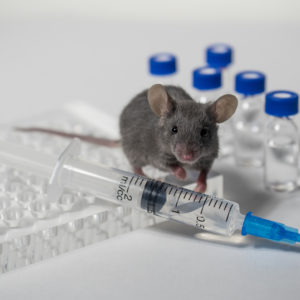 Counterpoint: Animal Studies are Both Necessary and Humane

Posted to Technology September 24, 2018 by Cindy A. Buckmaster

Approximately 68 percent of us have pets and we collectively spend about $70 billion on them annually.

Know what else Americans love? Science.

Polling from the advocacy group Research America shows that 81 percent of the public says it’s important for our leaders to make science — along with technology and engineering — a priority.

Our passions for science and animals demonstrate that we are a caring and thoughtful nation. They also highlight why many of us are conflicted when these two issues intersect. I’m referring to health research involving animals. Animal studies explain how our bodies work. They help us identify disease origins and they provide clues to help us combat sickness.

Thanks to animals, we can bridge the gap from cell-level discoveries to treatments offered in clinics and hospitals worldwide. Animal studies are also required by law. They ensure that new medications are as safe as possible before we give them to our children, parents and loved ones. They are a key part of the health research continuum that also includes cell, genetic and tissue studies; computer models, organs on a chip and of course, human volunteers. ALL of these techniques are important and NONE are no longer necessary.

So what has this scientific process delivered so far?

Recently, University of Cambridge scientists studied mice to develop a tiny electronic device that can be implanted in the brain to detect impending epileptic seizures and then deliver drugs to stop them. University of Pennsylvania researchers worked with dogs to create a promising form of gene therapy to halt a blinding disease called retinitis pigmentosa, affecting humans and canines alike. Monkeys at the University of Wisconsin pointed us to brain circuits responsible for anxiety disorders, which could have huge implications when it comes to diagnosing and treating mental illness.  All of these findings came within the past few weeks and they are a small percentage of the daily health advancements that animals help us reveal.

Want more proof? Consider the 2018 Lasker Awards, often called “America’s Nobel prizes.” The awards went to researchers studying genetic communications, including disease-related interactions, on a sub-cellular level; and the development of an anesthetic widely used in surgery with people and animals. These breakthroughs would not have been possible without animals. Furthermore, veterinary advancements also require animal research. The treatments we offer our family pets do not simply materialize out of thin air. They require the same steps — basic science, cellular work and animal studies — just like humans.

Given the often-irreplaceable role of animals in health research, we can clearly identify one of the biggest threats to continued progress: A lack of public understanding. Gallup poll results released this past summer suggest that 54 percent of Americans view medical testing on animals as “morally acceptable.” A recent Pew Research Center survey claims that only 47 percent of us favor the practice.

While both polls raise serious concerns, there is a silver lining. The Pew results reveal much higher support among more educated respondents and those with greater science knowledge. This highlights an urgent need for the scientific community to more openly discuss their work and how research animals are cared for.

However, the public’s lack of understanding is also viewed as an opportunity by those with covert agendas. Opponents seek to capitalize off our shared scientific disconnect by muddying the issue. They offer misleading statistics about the success of animal studies that, upon thorough examination, are either highly questionable or entirely bogus. They confuse supporters by blurring the line between cosmetic safety testing, which can frequently be conducted with non-animal alternatives, and cutting-edge biomedical research, which cannot.

They do this in order to overstate the promise and capacity of alternatives, even those that are not yet approved for use by U.S. regulatory agencies. It’s a cynical attempt to get the public to reject a critical step required for biomedical progress. Worse yet, it’s a ploy that will hurt all of us, especially our most vulnerable citizens, the sick and the dying.

We all love animals. This includes tens of thousands of research veterinarians, animal care employees and scientists. We all share the goal of reducing the need for animal studies and perhaps one day, if possible, replacing them entirely. However, that day has not arrived.

Throughout history, America has thrived when we made fact-based decisions supported by good science. When it comes to health research, the public deserves to know the truth about the irreplaceable role of animal studies. Therefore, let’s dispense with the propaganda, hysteria and hype and instead focus on the facts.

Cindy A. Buckmaster is chair of the Board of Directors of Americans for Medical Progress, a nonprofit organization that advocates for public understanding and appreciation of the critical role of laboratory animals in biomedical research.