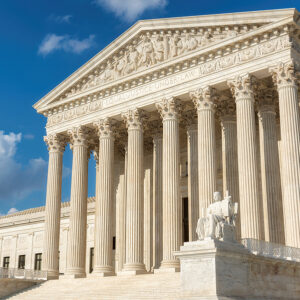 I believe in affirmative action, but it’s not meant for Clarence.

That’s what Eminem taught us in his iconic semiautobiographical movie “8 Mile” in 2002, when a poor White boy from Detroit, just a few miles from where I grew up, schooled a rich Black boy from the suburbs in a rap showdown.

“But I know something about you,

You went to Cranbrook – that’s a private school.

What’s the matter, dawg? You embarrassed?

This guy’s a gangster? His real name’s Clarence.”

Surrounded by Black city kids who roared in approval as he won the rap battle, Eminem created a seminal cultural moment in showing that this spectacular new art form was not the exclusive province of African-Americans. Economic class mattered more than skin color.

By sheer chance, I have personal connections with the two states that gave rise to the most consequential legal challenges to affirmative action in higher education since colleges and universities began using race as a factor in admissions more than a half century ago.

I was a new student at UC-Berkeley in 1977 when the Supreme Court took up the case of Allan Bakke, a White college graduate who claimed he’d been denied admission to the UC-Riverside medical school because it reserved 16 percent of its slots for minority students. Bakke said he was more qualified than some of the applicants who were accepted.

In the grand tradition of student activism at Cal — what its loyalists call the state’s flagship public university — there was a lot political foment on campus. There were protests of UC investment in South Africa’s apartheid regime, protests that eventually compelled the university to withdraw its funds. There were marches demanding a nuclear freeze and the closing of the UC lab in Livermore, 40 miles southeast of Berkeley, which had helped develop the first atom bombs. There were demonstrations against the Shah of Iran, whose U.S.-backed government would fall two years later in the revolution led by Ayatollah Khomeini.

Bakke’s case got less attention than those headline-grabbing issues, yet there were angry protests on campus in June 1978 when the Supreme Court ordered Bakke admitted to the medical school and struck down strict racial quotas of the sort it had used.

That ruling, which still allowed schools to consider race as one among multiple factors, didn’t satisfy opponents of affirmative action. A quarter century later the high court reviewed the case of Barbara Grutter, a White student who claimed that the University of Michigan Law School had rejected her over less qualified minority applicants. By then, I was long gone from Berkeley, working as a political journalist in Washington. The Supreme Court again upheld affirmative action, but this time by the narrowest of margins, 5-4. And importantly, its justification shifted from that used in the Bakke decision.

Then, justices said affirmative action was necessary to redress historical wrongs suffered by Black Americans, starting with slavery. In 2003, the split court defended it on very different and, in the views of some legal experts, weaker grounds: Justice Sandra Day O’Connor, the first female justice following her nomination by Republican president Ronald Reagan, wrote for the bare majority that the university had a compelling interest in “obtaining the educational benefits that flow from a diverse student body.”

Shifting the basis of affirmative action from indisputable historical wrongs to a disputable (however laudable) policy of promoting diversity put the Supreme Court on a slippery slope that it now must navigate as it weighs two new challenges — to the admissions practices at Harvard University and the University of North Carolina in Chapel Hill.

With the Supreme Court having become more conservative, due to Senate Republicans’ blocking of a Barack Obama nominee and their promotion of three Donald Trump nominees, justices may further weaken affirmative action in college admissions — or outlaw it altogether.

Sadly, the high court’s earlier rulings in the California and Michigan cases had a boomerang effect: Taking advantage of the referendum process, voters banned the use of affirmative action by institutions of higher learning in those states. State law also prohibits college affirmative action in Florida, Washington, Oklahoma and Nebraska.

In a more recent irony, the SAT cheating scandal that the FBI busted in 2019, in which wealthy White parents paid imposters to take the exam in place of their children, has helped historically underrepresented students and decreased the need for affirmative action. Thanks to the scandal, many colleges and universities have made the SAT optional, with some even refusing to look at test scores. This change follows years of research from education scholars demonstrating that such standardize tests are biased.

In a final irony, Trump’s White House tenure and his frequent use of racist dog whistles showed that five years after the first Black president left office, we are far from living in the “post-racial America” some heralded with Obama’s election. Whether telling the Proud Boys to “stand back and stand by” or declaring that there were “many fine people” among the White nationalists who marched in my new hometown of Charlottesville, Va., Trump reminded us that racism is alive and well in the United States.

In the end, high school graduates’ access to the nation’s most prestigious universities depends on the quality of education they receive before college. Property taxes fund public schools. Study after study has shown that property values are still tied to skin color; they’ve shown that Realtors list the same home in the same neighborhood at a lower price if it’s owned by Blacks than by Whites. These cruel realities reveal that race and education are still inextricably linked. As long as that is true, “color blind” college admissions remains unfair and affirmative action remains necessary.