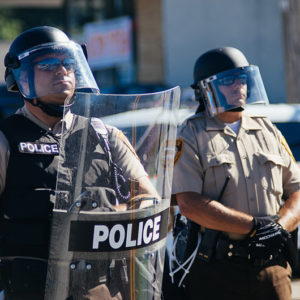 George Floyd’s murder was a horrific crime, and it has literally changed the world.

But we need to take a moment to calm ourselves. We must reflect on our goals for fixing law enforcement problems before letting radical activists take control of the criminal justice reform agenda.

That’s because — in the wake of the memorial services, protests and riots — there has been a steady call for changing the police by defunding them.

On the June 14 edition of “Face the Nation,” an interview with Seattle Police Chief Carmen Best was prophetically titled “Policing will never be as it was.” Truer words have yet to be written.

Chief Best appears to be at odds with Seattle Mayor Jenny Durkan over how to deal with protesters who created CHAZ — the “Capitol Hill Autonomous Zone.” Now called CHOP, or “Capitol Hill Organized Protest,” this occupation of several square blocks of the Emerald City best shows how the sides are lining up in this raging debate.

While she says there is not a “cop-free zone” in the city, Best’s decision not to forcibly disband the CHAZ/CHOP reflects a hesitancy among departments in dealing with protesters. CHAZ/CHOP insists they are free of a police presence, and the mayor’s office wants only a limited first-responder presence there.

Whichever side has the upper hand, the bottom line is that governments are anxious to avoid the next high-profile police use of deadly force and rioting thereafter.

Consider what happened in Atlanta, which was the latest city to suffer arson and vandalism after Rayshard Brooks was killed by an officer there. That officer was immediately fired and charged with murder.

Incidents like this will only increase demands for defunding.

Defunding may actually be more of a wish than reality given complex webs of municipal, state and federal law in addition to civil service and police union regulations to be untangled before what is an obviously dangerous goal can be attained.

While there still may be cops, however, they may have to deal with significant funding cuts like those already proposed in Los Angeles and New York City.

But people like me — “safety citizens” who value our communities and want to work with authorities to keep them crime-free — must take these radical activists at their word.

The screaming protesters and slightly less shrill elected officials are demanding defunding. Safety citizens need to make it clear we support fully funded and empowered police departments. Period. And they need to know that we also support punishing rogue officers.

Both safety citizens and police critics hoped earlier community policing policies would be the solution to long-term tensions between law enforcement and urban communities. Its focus on relationship-building at all levels, however, seems to have fallen short of the mark.

In fact, it appears that relationship-building between police and the public gave way to calls for diminished police powers and even abolishing the profession altogether.

This tipping point birthed “de-policing,” where officers who feel they are under too much scrutiny cease being proactive for fear of termination or even prosecution by state and federal authorities.

A bitter irony emerges with the rise of Black Lives Matter activism. Less empowered and underfunded police departments will effectively be set up to fail in underserved low-income, high-crime communities.

My grassroots security consulting began in such an area. I know firsthand that less monied and less empowered departments mean more misery for majority-black communities.

These poorly funded departments already experience personnel shortages and lengthy 911 response times. Residents in the occupied CHAZ/CHOP are complaining about a lack of first responders. How will matters be made worse by withholding or terminating police budgets there and across America?

Regardless of whether defunding demands are wishful thinking or determined steps toward an abolition of the police profession, one inescapable conclusion remains: Defunding police is defeating public safety. This defeat will be acutely felt in the very communities that screaming that black lives matter.

Nadra Enzi is a member of the Project 21 black leadership network and grassroots security consultant in New Orleans. He wrote this for InsideSources.com.