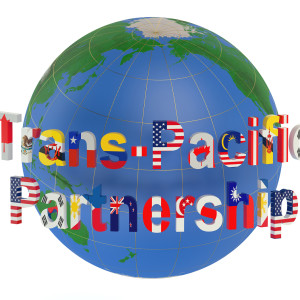 Editor’s Note: For an alternative viewpoint, please see: Point: We Had Trade Before We Had NAFTA and Other Trade Deals

Americans have a love-hate relationship with international trade. Every day we enjoy its fruits, which include better and more affordable products; access to a larger pool of customers, suppliers and capital; and greater employment and business opportunities with foreign companies operating in the United States.

Yet many of us cheer when politicians take to the stump and promise to erect trade barriers, restrict foreign investment and tear up trade agreements. Despite the bluster of campaigning politicians, free trade is essential to our prosperity and free trade agreements have helped deliver its bounty.

The 2016 presidential candidates have taken aim at U.S. trade policy, scapegoating foreigners, their products and the practices of their governments for domestic woes both real and imagined. Donald Trump promises to impose duties on imports from China and Mexico, and punish U.S.-headquartered companies that have foreign operations in their supply chains. Hillary Clinton, an architect of the Trans-Pacific Partnership agreement as secretary of state, now opposes its ratification and pledges to disavow U.S. trade treaty obligations with China. And Bernie Sanders would nullify NAFTA and other U.S. trade agreements, calling them “a disaster for American workers.”

The candidates have done nothing to help Americans understand international trade and its importance to the United States. Instead, they’ve played to stereotypes, perpetuated myths, conflated terms and made the issues murkier.

Most economists agree that free trade works better than restricted trade to increase the size of the economic pie. Study after study has shown that countries more open to the global economy grow faster and achieve higher incomes than those that are relatively closed. By enlarging markets to span national borders, free trade permits greater specialization and economies of scale, both essential ingredients of economic growth.

While opening foreign markets should be one objective of trade policy, real free trade requires liberalization at home. The real benefits of trade are measured by the value of imports that can be obtained for a given unit of exports — the so-called terms of trade. Trade barriers at home make imports more expensive, and reduce the amount that can be purchased with a given unit of exports. Trade restrictions penalize consumers, import-using industries and taxpayers. Yet, holding firm to those domestic barriers, while insisting that foreign markets open wider, is the standard strategy for negotiating free trade agreements.

Intermediate goods and capital equipment account for about half the value of all U.S. imports. Our tariffs and other barriers to those imports raise the costs of production for U.S. businesses, and impede investment, production and job creation.

We would be better off by implementing our own reforms — on tariffs, regulations and other policies that impeded competition in the United States — regardless of what other governments want to do to their citizens. We don’t need consent from Brussels, Tokyo or Beijing to implement the reforms that would make our economy more efficient.

But with political aversion to unilateral liberalization, trade agreements based on reciprocity have long been the vehicle of choice for reform. From the founding of the General Agreement on Tariffs and Trade in 1947 through the creation of the World Trade Organization in 1995, most U.S. trade liberalization was achieved through eight multilateral “rounds” of negotiations under the auspices of the GATT.

But multilateral trade liberalization has failed to produce meaningful results since the mid-1990s. Since then, bilateral and regional free trade agreements have emerged as preferred alternatives — with fewer countries involved, the issues are more manageable and it’s easier to reach agreement.

In 1995, the United States had free trade agreements only with Israel, Canada and Mexico. Today, there are 14 U.S. free trade agreements with 20 countries, and two very substantial “megaregional” agreements — the Trans-Pacific Partnership and the Trans-Atlantic Trade and Investment Partnership — waiting in the wings. The TPP, signed earlier this year, but not yet ratified, would add five new partner countries and the TTIP, not yet concluded, would add the European Union (and its 28 member states). Together, the agreements include countries representing 70 percent of global GDP and 75 percent of global trade.

Trade agreements nowadays are about more than just border barriers. They penetrate much more deeply into traditionally domestic policy areas. The demand for trade rules in these areas has followed the proliferation of cross-border investment, global production and supply chains, and intermediate goods trade. As governance issues bump up against matters of domestic sovereignty, trade agreements have created new frictions.

Consider the TPP. Some of its 30 chapters deal with traditional market access issues and include schedules for barrier reductions on industrial goods, services and agricultural products. But other chapters include rules limiting what governments can do with respect to domestic competition policy, procurement spending, regulatory issues, intellectual property, investment policy, labor policy, environmental law and more. Those provisions require closer scrutiny.

Despite their flaws, free trade agreements have helped reduce domestic impediments to trade, expand our economic freedoms and lock in positive reforms, even if only as the residual byproduct of an ill-premised mercantilist process.

Warts and all, free trade agreements have delivered freer trade.

Dan Ikenson is director of the Cato Institute’s Herbert A. Stiefel Center for Trade Policy Studies.