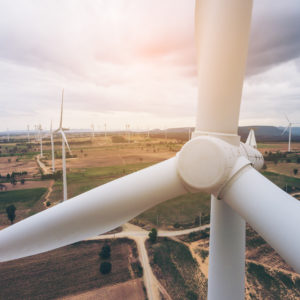 Counterpoint: The Markets Should Determine Our Future Energy Sources

Editor’s Note: For an alternative viewpoint, please see: Point: Across the U.S., Cities Are Moving Toward Clean, Renewable Energy

If government officials had access to a crystal ball that could tell them which energy source will be the cheapest, most reliable, and most environmentally friendly 100 years from now, current energy policy might function well. But the future is unknowable, and government officials — just like you and me — are not able to gaze into the future of energy policy (or any other policy for that matter). Government policies betting on specific types of energy are destined to be losing bets.

Thanks to the information-coordinating power of markets, policymakers don’t have to gaze into the future to try to guess which type of energy will provide the most value. Instead they can rely on markets, which allow for the voluntary interactions between individuals and businesses to determine the value of a particular good.

The energy sector is no different. The entrepreneurial drive to innovate is what created America’s shale revolution, unlocking America’s vast natural gas resources, lowering energy costs, and leading to significant reductions in carbon-dioxide emissions as we produced more energy from natural gas and less from coal. We need more innovations like these, and markets, with their profit and loss motives, are the most powerful tool we have available for increasing innovation.

Government policies that bet on one technology over another, ironically, reduce innovation for both the winners and losers. Winners — those who receive benefits in the form of tax breaks, incentives and subsidies — like the wind industry of the last 10 or so years, face a decreased incentive to innovate because they have a guarantee that their product will be bought no matter what.

Wind power facilities that began operation in 2017 receive 18 cents per kilowatt-hour of electricity produced for the first 10 years of operation. Guaranteeing payment for existing technologies makes it less likely that those technologies will be improved by reducing the incentive to innovate.

Energy policy losers may have even more effect on our energy future than the winners. Policies that punish certain energy producers with restrictive regulations make it more difficult for new and potentially better technologies to compete.

Small modular nuclear reactors, for example, have huge potential to help provide scalable amounts of electricity with zero carbon emissions. But today’s regulatory regime subjects small nuclear to the same regulatory burdens as large nuclear facilities, making it incredibly expensive and time-intensive to get one of these facilities off the ground.

Small modular nuclear is just one example of a technology being limited by regulatory restrictions and government support to other sources of energy. This is the visible effect of interventionist energy policy.

What we don’t see are those technologies and ideas that never get off the ground because they face barriers to entry created by government. It’s impossible to know what valuable energy technologies might have been created if we had allowed free markets to encourage their creation.

Leaving energy policy up to markets might seem risky to some, but leaving decisions about our energy future up to government officials is a far riskier bet.

The challenge of providing clean, affordable, reliable electricity is a massive one. The best way to meet this challenge is not by allowing government officials to bet our tax dollars on specific forms of energy. Instead, we must reform energy policy in America to incentivize our best minds to work hard to help us discover which energy sources will provide the electricity we need to run our hospitals, heat our homes, and light our Christmas trees in years to come.

Megan Hansen is research director at the Center for Growth and Opportunity at Utah State University.