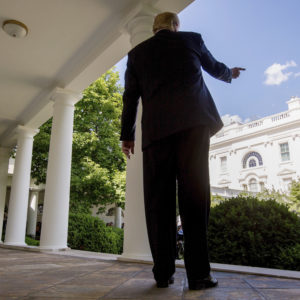 It’s now one year since the election of Donald J. Trump as our nation’s president. Is America “great again”?

The election certainly did make America “grate.” I’ve never seen people so much at one another’s throats, especially on social media.

But great? Yes and no.

The giddy stock market signals are unmistakable (up over 20 percent since the election), and job numbers look better with unemployment down to 4.1 percent, albeit too many remain out of work and drop off the statistical radar.

What role does a U.S. president play in this?

As a limited government guy, I want that answer to be “almost none.” But, government spends your tax dollars, and it regulates your business, neither of which started in 2017.

Yet the president does sets an agenda, and therefore a tone, that can fuel or undermine greatness.

Government spending is worrisome and could derail the good just noted. The 2017 deficit is an astounding $666 billion, and America’s total accumulated debt is now $20 trillion.

But on cutting red tape in the economy, things are trending extremely well — even though no regulatory reform legislation has made it to Trump’s desk. Less regulation can mean more jobs and income for those who may not be sharing in the stock boom. You don’t write a check the way you do for taxes, but regulation’s costs, hidden in prices and undermining efficiency and growth, hit the typical household to the tune of $15,000 annually.

Trump had prominently declared that 70 percent of regulations “can go,” and issued a regulatory freeze early in his term (so did Obama).

Seventy percent didn’t go yet, but Trump has issued executive orders targeting regulations. He is requiring agencies to look for ways to speed up permitting on large scale construction, pipelines and other infrastructure. He issued a January executive order requiring the elimination of two rules for every one adopted, and required net new costs of zero. Few realize that Trump’s one-in, two-out program has bipartisan pedigree in the United States, as well as a healthy track record overseas to learn from. So while the administration and Congress debate legislation, at least costs aren’t growing.

We can see the results in the size of the “regulatory rulebook.” The Federal Register is the daily depository of agencies’ proposed and final rules (plus many other kinds of notices). Its all-time record was set last year under President Obama, when it reached 97,110 pages.

This week the Federal Register stood at 51,752 pages.

Interestingly, though, the Federal Register stood at 78,700 pages on Election Day 2016, under Obama.

So even without regulatory reform legislation, the 2017 regulatory rulebook is 34 percent less hefty than that of 2016. That seems pretty great. Similarly, the numbers of final and proposed rules and regulations from the Trump administration are far below those of Obama. These reductions are reminiscent of Ronald Reagan, under whom rules and Federal Register page counts dropped over a third over a few years.

But, today, a year out from Election Day 2016, in terms of cutting red tape to promote prosperity, good things are happening even without congressional action. There is some bipartisan disinclination to regulate new technologies like Uber, Airbnb, drones and driverless cars, all of which could source many new jobs and industries. Sentiments like these can be a bridge to working with Trump on cutting red tape. Meanwhile, the prominent bipartisan Problem Solvers Caucus (House co-chairs are Josh Gottheimer, D-New Jersey, and Tom Reed, R-New York, has had sights on regulation, too.

Obama used to talk of going it alone if Congress didn’t act. Sure, “greatness” can be sought unilaterally from either partisan standpoint, with executive reforms of executive agencies. Even greater, though, might be some bipartisanship on cutting red tape — and fixing that budget, besides.