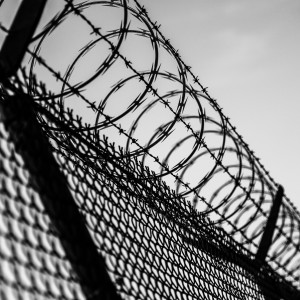 The profitability of private corrections companies can be seen as a symptom of broken local, state and federal corrections systems across the United States, which spent decades placing too many people in jail for too long periods of time. While some recent progress has been made in reducing inmate populations, policies created by alliances between police, prosecutors, prison guards and so-called “tough on crime” politicians contributed to corrections systems regularly being forced to make very difficult resource management decisions, especially in terms of staffing and physical space.

While critics of private corrections companies point to their profits or financial values as bad things, banning private prisons would undoubtedly make the sad state of U.S. corrections even worse. Behind every decision to outsource any prison activity lies government leaders who said, “We think the private sector can do this (outsourced activity) better than our in-house government staff can.”

These administrators conclude that private companies can build, operate and provide day-to-day correctional services better than their own governments can. But, importantly, they are also setting up the government to more effectively serve its crucial oversight and accountability role.

Using public-private partnerships, governments can write detailed, performance-based contracts that spell out exactly what services are to be provided; the precise conditions within the prisons that must be provided and met; educational, vocational and rehabilitative programs that must be offered; and more. And the government can impose financial penalties, or even fire, poorly performing contractors.

In contrast, who’s watching the watchmen at government-run prisons? Government inherently has a conflict of interest when comes to reviewing the performance of its own prisons and guards. Additionally, those questioning the motives of private prisons should explain whose interests powerful prison guards unions, like the California Correctional Peace Officers Association, are representing when they spend millions of dollars on lobbying for, and pushing, ballot initiatives for more prisons, longer prison sentences, harsher parole rules, more prison guards, and more. Public prison unions certainly aren’t on board with today’s criminal justice reform movement.

Conversely, private prisons are well-suited to play a key role in these improvements. Performance-based contracts can be used to create incentives that are in sync with the bipartisan criminal justice reform drive to decriminalize minor drug possession, rehabilitate people who serve time, help former inmates re-enter society, reduce recidivism rates and restore their voting rights.

If reform-minded individuals agree that prison time should be used to prepare inmates for release, it is important to note that where occupational and rehabilitative services currently exist in U.S. correctional facilities, the private and non-profit sectors usually provide them. Designing new prison programs that better accommodate rehabilitative and professional training services requires forward-thinking, which government-run corrections systems typically lack. This is where the profit motive of private companies can serve the public good.

Indeed, private prison companies entered into a pair of public-private partnerships in Oceania (one in Australia, one in New Zealand) to build and operate prisons. The contracts incentivize and financially reward the private companies with bonuses if they reduce inmate recidivism. Motivated by the contract, the companies designed cells to offer ample natural light, televisions and computers to help inmates read and learn. Fitness facilities, counseling, parenting and job training are also offered. The contract even specifies that the prison operator gets fined any time cell temperatures get too hot. The government knows it can save money in the long-term if people don’t return to prison and is working with the private sector to design a system best equipped to achieve that goal.

As private companies continue to provide services for jails and prisons, their profitability is the result of an increasing willingness by government corrections agencies to admit they need help. Instead of seeking to ban private prisons, these entities should be encouraged to devise modern, cutting-edge rehabilitation and job training practices that help reduce the prison population and recidivism rates.

Getting the U.S. corrections system from its sad state to a more rehabilitative approach will be difficult, especially after decades of corrections policies that sought to punish inmates with long sentences. But solutions should solve problems, not exacerbate them. And getting rid of private prisons would make criminal justice reforms much more difficult to achieve.

Austill Stuart is a policy analyst at Reason Foundation and editor of the Annual Privatization Report. He wrote this for InsideSources.com.