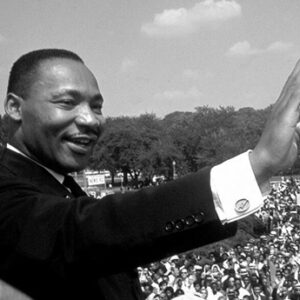 Editor’s Note: As America observes the Martin Luther King, Jr. holiday, many recall one of his most famous — and frequently-debated — statements:  “I have a dream that my four little children will one day live in a nation where they will not be judged by the color of their skin but by the content of their character.”  This article offers a view of those words nearly 60 years later.

This weekend we pause to honor the life of the Rev. Dr. Martin Luther King Jr. and to interpret his words calling upon America to see the content of the character before judging anyone’s person.

On February 23, 2020, a 25-year-old African American man lay dead in the street of a predominantly White neighborhood near Brunswick, Georgia, killed by three White vigilantes. His crime: jogging in the streets of a White neighborhood and looking into a house under construction to see concepts of his dream to become an architect.

In 1955, a 14-year-old African American boy comes to Money, Mississippi, for summer vacation with his extended family and is killed with a gin fan strung around his neck, wrapped in barbed wire, shot in the head and his body dumped in the Tallahatchie River. His crime: Allegedly offending a White woman.

The disregard of the killers of the content of the character of Emmett Till is what drove Dr. King to wonder aloud about his children being judged, not by the color of their skin but by the substance of the character of their person. The content of Ahmaud Arbery’s character was also not known by the three White male vigilantes in Brunswick, Georgia, before they hunted him down in their neighborhood, cornered him “like a rat” and blew his chest wide open so that daylight could be seen through his body.

America has made progress since the killing of Till and the acquittal of suspects by an all-White jury, without consideration of his character, to the unprecedented conviction of the three White vigilantes of Ahmaud Arbery’s killing by a jury of 11 Whites and one Black in southeast Georgia. In evaluating the meaning of King’s words regarding his four children being judged not by their skin color but by the content of their character, it is important to first understand that one needs to see beyond the race of the Emmett Tills of America, beyond the race of the Ahmaud Arberys of America before judging them and their alleged acts.

At the most basic of foundations, it is absurd to say that Till and Arbery were not judged by the color of their skin before being killed. They were killed because of the lack of character in the White vigilantes and their preconceived prejudices prevented them from considering Till or Arbery as worthy of positive character.  Neither the content of Till’s character nor the content of Arbery’s character was considered before their executions.

The question lingers, however, what King meant by not being judged by the color of one’s skin but the content of one’s character. We believe that the ugly thread of invidious prejudice and vicious racism runs so deeply in America that King was speaking of the pre-judgment made against the Tills of his lifetime, mirroring the prejudice against today’s Arberys, before any consideration could be given regarding their character and who they were as citizens.

It is a diversionary tactic to become entangled in the maze of the conservative argument that race should not be considered in social, political, and business settings. To fully embrace the conservative philosophy of not deploying reparative strategies is to ignore the enduring physical and psychological chains of slavery; to ignore the laws permitting, nay requiring, discrimination and devaluation of Black people; to ignore banking laws that permitted red-lining to deny equal housing opportunities to Black people; to ignore the continued state legislative efforts to disenfranchise Black, Brown and other vulnerable voters; and to ignore denying qualified Black farmers federal funding but providing abundant federal government-backed financial funding to White farmers (a practice that continues to this day) and then declaring, “Why can’t you keep up, there’s something amiss with your character.”

Unquestionably, as demonstrated by the vigilante lynching of Till in 1955 to the vigilante shooting of Arbery in 2020, too often the color of one’s skin continues to dominate and dislodge consideration of the content of one’s character in our nation’s financial, political, and social discrimination.

Barbara R. Arnwine is president and founder of Transformative Justice Coalition. She wrote this for InsideSources.com.

Daryl D. Jones is board chair and executive Transformative Justice Coalition. He wrote this for InsideSources.com.