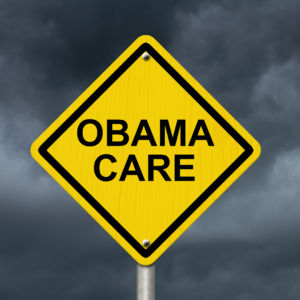 Obamacare channeled billions of dollars out of the productive economy and diverted it toward a health-services sector that has become even more bloated than it was before 2010.

Last July, Dr. Bob Kocher, a venture capitalist who served as a special assistant to President Obama when the Affordable Care Act was created, noted that more than half of all healthcare workers today are administrators, up from just over a third before Obamacare became law.

These are paper pushers, not doctors and nurses — not the kind of jobs we should be bragging about.

Because Obamacare diverted money into health spending, technically lots of jobs have been added by the healthcare sector. This provides cover for a superficial story that Obamacare has been a job-creation machine.

Scholars affiliated with the Milken Institute School of Public Health at George Washington University estimate Obamacare repeal would kill 2.6 million jobs by 2019. Almost a million jobs would be lost from health services while the balance would be lost in construction, real estate, retail, finance and insurance.

Unfortunately, such research relies on the so-called “multiplier effect,” a politically seductive but misleading type of analysis. To be sure, Obamacare throws money at hospitals, doctors’ offices and other health services. Those recipients build new facilities and hire more workers, who spend their paychecks in their communities.
But these are not true measurements of economic growth. If Congress just sent a fleet of helicopters to scatter banknotes from the sky, the same “multiplier effect” would take place: People would pick the money up and spend it. Businesses located near the drop zones might profit, and some might hire and expand. Jobs and the economy would not grow, however, because the effect would be a mix of inflation and reduced spending in areas away from the drop zones.

In other words, excess job growth in health services comes at the expense of job growth in other sectors. And it is worse than that: Jobs in health services are actually recession-proof. Hospitals did not need Obamacare to keep adding jobs.
Nonfarm civilian employment peaked in January 2008 (at 138.4 million jobs), just before the Great Recession, and bottomed out in February 2010 (at 129.7 million jobs). Jobs were lost in 24 of those 25 months. Nonfarm civilian employment did not cross the January 2008 threshold again until May 2014.

However, more than half a million jobs in health services were added between January 2008 and February 2010. In other words, health services added jobs while the Great Recession destroyed 9.25 million other nonfarm civilian jobs before the Affordable Care Act was passed in March 2010.

Since then, Obamacare has caused a significant distortion of the American workforce toward health services. This has continued even as the economy has slowly recovered.

By December 2016, the United States had added 6.87 million jobs to the previous peak in January 2008. However, 2.59 million jobs — 38 percent of the total — were in health services, which grew by 20 percent. By comparison, all other nonfarm jobs — in manufacturing, transportation, mining, retail and services — grew only 3.42 percent, adding 4.29 million jobs.

And this counts only private health services, not insurers and other middlemen or government employees added by Obamacare.

There can be such a thing as too much job growth in one sector, and that is surely the case for health services today. Obamacare didn’t create productive medical jobs, it created bureaucratic institutional bloat.

Workers and businesses outside the healthcare bureaucracy have been paying the price of Obamacare’s rules, regulations and mandates with sluggish job and wage growth.

The Affordable Care Act was not a jobs bill. Hospitals do not need Obamacare to maintain steady employment.

The rest of us, however, need Obamacare repealed so the rest of the economy can add jobs at a more normal pace.