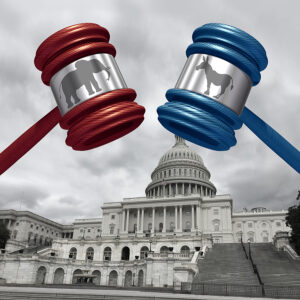 Posted to Politics October 18, 2021 by Rob Richie and David Daley

Editor’s Note: For another viewpoint, see Point: Gerrymandering Is Inevitable in a Democracy.

Partisan gerrymandering of legislative districts has been a uniquely American problem since our founding. As long as we’ve had politicians, they’ve exploited the power to pick their own voters before the voters get to pick them.

It’s wrong, and it’s getting worse. Politicians have fancier tools and greater incentives to draw maps that advantage their side, with only five House seats separating Democrats and Republicans. More than ever, gerrymanders — crafted with sophisticated technology, powerful software, and terabytes of personal and political data — threaten the powerful ideals at the heart of our founders’ vision: Consent of the governed.

Citizens in a representative democracy must have the power to change their leaders when they so desire. But after the 2018 midterms, 59 million Americans lived in a state where a legislative chamber was controlled by a party that lost the popular vote.

Our reform priorities are skewed. We must prevent voter fraud, but it’s as rare as being struck by lightning. Meanwhile, twisted maps alter politics nearly everywhere.

As the 2021 redistricting cycle begins, and politicians lock themselves in back rooms in order to lock voters out of power for another decade, it’s clear that something must be done. But what solution will truly work — and last?

John Adams said legislatures ought to be “in miniature, an exact portrait of the people at large. It should think, feel, reason, and act like them.” That’s a tough claim to make about our polarized Congress. A recent Economist poll found Congress has a 17 percent approval rating.

Partisan redistricting is a problem, but the root cause is districting itself. Right now, we elect 435 members of Congress from 435 single-member districts. The shape of each district matters so much because most of the nation tilts distinctively red or blue. The best way to flip a seat is to control redistricting, not change voters’ minds.

Virginia congressman Don Beyer offers a comprehensive solution: the Fair Representation Act. It would replace our winner-take-all district system — one formalized with an act of Congress only 54 years ago — with a fair approach for all states: Larger districts represented by multiple representatives elected proportionally with ranked-choice voting.

This would upend the power of gerrymandering. With districts of up to five fairly elected representatives, it would hardly matter where the lines went. All of the things people hate about gerrymandering — few competitive districts, greater partisan rigidity when safe seats move all the action to low-turnout party primaries, skewed outcomes — would go away.

Better still, the results would be fairer. Take Massachusetts. Donald Trump won 32 percent of the vote there, and the Republican governor is one of the nation’s most popular. You might assume that Republicans have three of the state’s nine congressional seats. Yet Massachusetts voters have not sent a single Republican to the House since 1994.

Under the Fair Representation Act, Massachusetts would have three districts with three members, and Republicans would likely elect one seat in each. Fair representation also would be true for underrepresented Democrats in Tennessee, Kentucky, Kansas, and Oklahoma — all of whom are now in danger of being gerrymandered into extinction through gerrymandering.

Every state would have the same number of representatives. We’d simply elect them in a way that creates a closer replica of the people, as modeled in many local elections.

Some states have tried to address gerrymandering with commissions. But they can prove vulnerable to partisan manipulation, and wouldn’t have much effect in states like Massachusetts or Tennessee where political geography makes it impossible to draw competitive single-member districts that accurately reflect the people.

The U.S. Constitution may not dictate proportionality, but Americans feel it deeply: We know that 60 percent of the vote shouldn’t equate to 100 percent of the seats. Winner-takes-all districts are the reason Congress doesn’t mirror the people or govern according to their desires.

A proportionally elected House would not only fulfill a deeply American vision of equality, but help parties represent their “big tents,” incentivize cooperation, and give everyone a voice without hijacking majority rule. Independents would be able to hold the major parties accountable without splitting the vote. Minority voting rights would be reliably protected, and women would gain new opportunities to level the playing field. Everyone would have the voice they win at the polls, no less and no more.

Incentivizing our politicians this way would be the most meaningful change we could make to address gerrymandering, and also make a broken Congress function again.

is senior fellow at FairVote and author of Unrigged: How Americans Are Battling Back to Save Democracy. They wrote this for InsideSources.com.