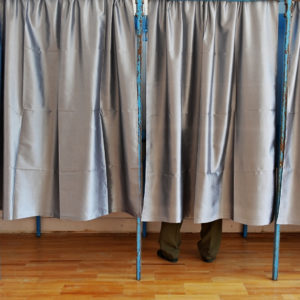 Counterpoint: Should Felons be Allowed to Vote? Yes!

Editor’s Note: For an alternative viewpoint, please see: Point: Should Felons Be Allowed to Vote? Yes, but …

Virginia Gov. Terry McAuliffe recently restored the right to vote for 206,000 citizens in his state, many of whom had completed their sentences decades ago. One of them, Terry Garrett, had struggled with homelessness and drug addiction, receiving multiple felony convictions, before turning her life around. She’s now sober, a grandmother, and helps people facing addiction. Told that she could now vote, she said, “Finally, someone sees past what we did.”

As the 2016 presidential race heats up, it’s clear that the outcome will affect the course of the nation for some time to come. Yet nearly 6 million Americans will not be at the polls this November. It’s not that they don’t care about the outcome of the election, but rather, they’re prohibited from voting due to a current or previous felony conviction.

Disenfranchisement laws trace back to the time of the founding of the nation, an experiment in democracy. But it was a very limited experiment, whereby white male property holders granted themselves the right to vote. Excluded from the franchise were women, African-Americans, poor people, illiterates and those with felony convictions. Over the course of two centuries all those other exclusions have thankfully been overturned, leaving felony disenfranchisement as the key remaining obstacle to full participation in society.

Disenfranchisement policies vary by state. Two states — Maine and Vermont — permit all citizens to vote, including those in prison. But in 48 states and the District of Columbia, individuals in prison cannot vote; in 34 of those states people on probation or parole also can’t vote; and in 12 states a felony conviction can even result in a loss of voting rights after someone has completed a sentence.

In Florida or Kentucky, for example, an 18-year-old convicted of first-time felony drug possession who successfully completes a court-ordered treatment program is barred from voting for life. The only means of regaining the right to vote is by a gubernatorial pardon, few of which are granted.

While disenfranchisement policies have been in place for two centuries, their effect has expanded dramatically along with the growth of the prison system in recent decades. From a figure of 1.1 million people disenfranchised in 1976, the number has grown to 5.8 million today. Three quarters of disenfranchised individuals are not in prison, but are living in the community, on probation or parole or having completed their sentences.

The effect of these policies is distorted by the racial disparities in the criminal justice system. While differences in crime rates explain part of those disparities, black rates of incarceration are also affected by racial profiling, skewed law enforcement in the war on drugs, and socioeconomic disparities that affect access to a high-quality defense attorney. As a result, one in 13 African-Americans nationally is ineligible to vote.

Disenfranchisement raises fundamental questions of democracy, but at current rates it may also affect electoral outcomes. In the historic 2000 presidential election, decided by a margin of just 537 votes in Florida, 600,000 Floridians who had completed their sentences were ineligible to vote due to a past conviction. Had they been able to participate, it is quite possible that the outcome of that national election might have been changed.

But why should we permit people with felony convictions to vote? In part, this is what democracy is all about. Voting rights are determined based on citizenship, not character. If we disqualify someone based on a past conviction, what about someone who is openly racist, or a serial adulterer, or an athlete who uses steroids?

Once we open up such character considerations it becomes a very slippery slope.
Some suggest that permitting convicted offenders to vote would somehow create a “criminal lobby” that would vote against the interests of law-abiding citizens. But think about how this would play out in the real world. How many candidates for political office have run on a “pro-criminal” platform? This doesn’t seem like an immediate threat to public safety.

There are public safety considerations to this policy, though in a different direction. Think about a person coming home from a five-year prison sentence. He is most likely to succeed if he can get a job, a place to live, and establish strong ties to the community. But if we send a message to him that he’s just a “second-class citizen” and can’t vote, that can only create barriers to his integration. By extending the right to vote to people who have made mistakes we can both build a more inclusive democracy and make our communities safer.

Marc Mauer is the executive director of The Sentencing Project and the author of “Race to Incarcerate.”