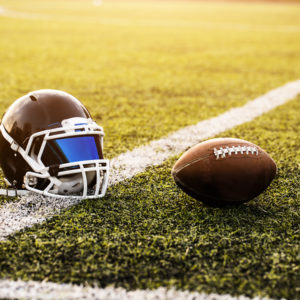 Editor’s Note: For anther viewpoint, see Student Athletes Are Workers; They Should Get Paid

California’s new law allowing college student-athletes in the state to receive cash compensation, in addition to a full scholarship, will help a tiny fraction of players, but with devastating consequences to most collegiate sports teams and universities.  If allowed to stand, the law will eliminate a century-old national enterprise that has afforded life-changing opportunities to millions of men and women.

Paying student-athletes based on their image and likeness will result in less than a very small percentage of football and basketball players being paid while most all other collegiate athletes, especially women, will be hung out to dry. It will be a case of the less than 1 percent vs. the 99 percent who will benefit, with many students-athletes losing opportunities for a debt-free education.

On paper, the law allows football and basketball players to be compensated for their “name, image and likeness.” In practice, only a few superstars will make money, as donors and corporations attach themselves to a particularly famous player. For the rest of the student-athlete population — and I played Division I men’s basketball on a full scholarship — there will be no payment. And worse, those donor and corporate funds that now support vital but low-revenue sports through donations to the university athletic programs — including almost all women’s teams and most men’s teams — will be diverted to a handful of players who are likely to also cash in as professionals.

Each year, nearly 500,000 men and women compete in a wide array of collegiate sports — basketball, football, rowing, swimming, track and field, gymnastics, and others.  For every Zion Williamson, there are millions of future student athletes at UCLA, Gonzaga, Wichita State, Central Florida and other great educational institutions across the nation that have a lot to lose with this law if it spreads to other regions.

In a world where student-athletes would be able to receive cash compensation for their likeness, the stars of the future will reap the benefits before turning pro, while the thousands of minor sports athletes as well as most basketball and football athletes are likely to see less funding.

The popularity and revenue potential of college sports is simply not equal across all teams. Universities are only able to fund less popular sports by using the resources brought in by donors and television contracts associated with the more popular sports. That diversity is good for universities, for the athletes on those teams and for the fans who love to watch and cheer as classmates, alumni or community members.

College athletics has been filled with millions of young men and women who have put thousands of hours into their craft with the goal of competing at the collegiate level and receiving a full scholarship to boot. These talented student-athletes will compete for four years, earn a degree, and go on to become a professional in something other than the sport they played. That is life for 99 percent of student-athletes. But those opportunities are at risk under the new law, which will become a slippery slope resulting in full professionalism.

Fortunately, there are solutions. For example, allow all basketball student-athletes who want to play professionally to do so right out of high school — this includes pushing the National Basketball Association to eliminate its rule mandating one year in college play before entering the pro draft. For extraordinarily talented athletes, they will then have a choice — go pro with all the riches and responsibilities that entails, or go to college and get a scholarship, an education and an opportunity to participate in collegiate sports as a student-athlete. In short, draw the line between amateurism and professionalism and allow these players to choose their own course.

Let’s not forget what college athletics is about: playing for the love of the game.  Cash compensation ruins that by turning amateurs into paid professionals. Worse, it will result in fewer opportunities for women and non-football and non-basketball sports.

There’s a better approach.  We should not want a world of college sports where student-athletes look to bank statements rather than the stat sheets to determine their value.

Cody J. McDavis is an attorney and a board member at the UCLA School of Law; he played basketball for the University of Northern Colorado from 2012 to 2015. He wrote this for InsideSources.com.