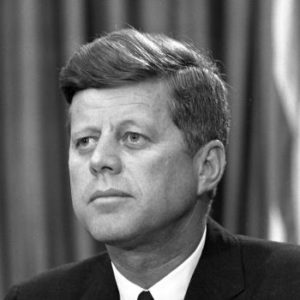 Counterpoint: Is It Time to Reassess Affirmative Action?

In 1961, President John F. Kennedy signed Executive Order 10925, which gave birth to affirmative action. JFK’s order mandated government contractors “take affirmative action to ensure that applicants are employed and that employees are treated during employment without regard to their race, creed, color or national origin.”

JFK’s intent was to create a society in which all people would compete for jobs on a level playing field — a noble and necessary endeavor in the early 1960s.

However, more than 50 years after JFK’s edict, the objective of “affirmative action” has morphed into a tool in which powerful interests pick and choose, often based on political considerations, to help certain demographics at the expense of others, creating discrimination in an effort to end discrimination.

Fifty-seven years after JFK’s edict, the Trump administration finally recognized the fundamental contradiction that lies at the core of affirmative action in its metastasized form. Thankfully, the Department of Justice and Education Department are working to restore the original intent of JFK’s vision.

This new iteration of affirmative action is most prevalent in education admissions and hiring practices. “Affirmative action 2.0” has been implemented in various ways, including through the use of less stringent qualification standards for minority students and staff and, in some cases, for those who live or grew up in a household with a limited amount of wealth.

Weighted test scores, racial quotas and preferential treatment for certain minorities are the new norm, which begs two major questions. First, has affirmative action veered so far off course that instead of addressing inequality, it now creates inequality? Second, has the time come that such policies are no longer needed to reverse a history of “institutionalized discrimination”?

Like most government programs, affirmative action has grown considerably in size and scope over the last few decades. As a result, its mission and tactics are vastly different than originally intended. For example, under the Obama administration, several higher education institutions sought to increase certain minority attendance by “penalizing” other minority groups. Numerous lawsuits have been filed against such policies by women, Asian-Americans and other minorities who have been denied admission in favor of students with inferior academic performances.

Is it fair to “reward” some minorities and “punish” others? Of course not!

Education admissions and hiring should be based on merit, not minority status. The only impartial approach that ensures people are not mistreated because of their race is a merit-based model, wherein hard-working students and eager employees are considered based on the objective standard of their past performance, not on the subjective feelings of admission officers and government bureaucrats.

Merit-based standards are overwhelmingly supported by Americans. In 2016, 70 percent of Americans said “merit should be the only factor in college admissions,” according to a Gallup poll. Furthermore, nearly 66 percent of blacks and Hispanics believe public colleges should not use race as a factor in their admissions decisions.

Besides the blatant hypocrisy at the heart of current affirmative action policies, it’s also worth considering whether such policies are even necessary anymore. In 1961, it would be hard to argue against the need to address institutionalized discrimination. De jure (legalized) and de facto (unwritten) segregation plagued society. Almost 60 years later, those polices are no longer beneficial to society. In fact, they in many cases create frustration and feelings of unfairness among other groups.

Why should a poor white or Asian student be given an admissions disadvantage compared to a wealthy African-American applicant?

The United States, unlike many other nations, was founded upon the belief that “all men are created equal.” Although this was not the case for much of our nation’s history, huge steps have been made toward truly making America “the land of opportunity” for all citizens. Why else would millions of people around the globe want to live in the United States? Minorities enter the United States in droves every year because they understand (better than most Americans) that this country is still the world’s beacon of freedom and opportunity.

This is not to say that all Americans are born into equal circumstances. Obviously, people are born with different abilities and grow up in vastly dissimilar situations. But America’s promise of “equality” isn’t a guarantee that all people will end up with equal amounts of talent, skills, work ethic, etc. That’s impossible. What makes the United States special is its promise of equality under the law, something affirmative action, by design, aims to destroy.