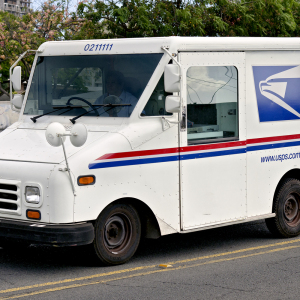 Counterpoint: We Need Postal Service Now More Than Ever

Editor’s Note: For another viewpoint, see Point: The Postal Service and COVID-19 Opportunism

One of the few trucks to drive the lonely dirt road to my family’s place in the rural heart of Texas lately has been the U.S. Postal Service truck.

Like many jurisdictions during COVID-19, in my neck-of-the-woods there are limited retail sales in brick-and-mortar stores — primarily for life’s bare “necessities” — making home package delivery now more critical than ever.

But even before the current public health crisis and Main Street store closures, rural communities relied on the Postal Service to deliver more than just the mail. The mailman delivers a grandmother’s heart medicine and the neighbor’s insulin, not to mention birthday gifts, care packages, and even the special-order parts needed to fix the family minivan.

Those sorts of essential deliveries and that long reliance date back to the earliest days of the republic. Contrary to what is often claimed, the Postal Service was not spawned by Woodrow Wilson’s bureaucratic brand of Big Government progressivism. It was not born out of the Great Depression as part FDR’s New Deal. Nor is it a bell-bottomed hand-me-down of Lyndon Johnson’s Great Society.

No, the Postal Service practically pre-dates America itself. Benjamin Franklin — a distinguished Founding Father — is one of the most prominent advocates of a national postal service.

He served as a colonial postmaster for the British in Philadelphia and the Continental Congress made him the nation’s first Postmaster General in 1775, years before our Constitution was adopted.

In fact, our Founders so valued reliable mail service that they enshrined the postal power in Article One of the Constitution just to be sure that our new nation would be guaranteed the authority to operate it.

It isn’t an “implied” authority divined from the elastic “Necessary and Proper Clause” that justified the Second National Bank in 1819 and the federal regulation of wheat farms in the 1930s.

Instead, it is among the very few specific enumerated powers given to Congress in Article One, Section 8. Right there next to Congress’s authority to borrow and coin money, raise an army, and support a navy, the Constitution grants Congress the power “to establish Post Offices and post Roads.”

Our constitutionally authorized post offices are now at risk as the Postal Service teeters on the brink of financial ruin. Like other service providers, the Postal Service faces declining revenues and rising costs during the pandemic.

Without an enhanced federal appropriation and additional borrowing authority, the service will be out of money and potentially out of business by Christmas if mail volumes — down 33 percent so far this year — continue to plummet.

As part of the COVID-19 “stimulus” package, Congress increased the Postal Service’s borrowing authority by $10 billion. But like so many things in Washington that authority came with strings attached — namely, “terms and conditions” to be imposed by the Treasury Department.

Coincidentally, competitors like UPS and FedEx have lobbied for many of these regulatory changes. The Postal Service has resisted because it rightly believes that raising prices above market levels will make its package delivery service less competitive and further steer customers to their competitors.

And these competitors can charge as much as 10 times to 25 times the price of the USPS to deliver the same parcels.

In the midst of an unprecedented economic downturn and elevated unemployment, now more than ever, we consumers rely on USPS package delivery services for everything from life-saving medicines to do-it-yourself repair kits. Now more than ever, we can ill afford higher shipping-and-handling fees.

Reform is needed.  But throwing the baby out with the bath water will harm more than help.

And without prompt congressional action, consumers may soon be surprised to discover that UPS, FedEx and Amazon do not serve non-metropolitan areas nearly as cost effectively as their advertising might have you believe. We may be surprised that grandma’s heart medicine will cost $24 to ship instead of the $4 it costs today.

You see the Postal Service has efficiencies over its competitors for package delivery because it can add parcels to the daily mail rather than paying for each and every trip down each and every road — especially in the heartland. We may be stunned at what it really costs to send a “get well” package when the mailman isn’t there to deliver it.

As the old motto goes, “Neither snow nor rain nor heat nor gloom of night…” keeps the postman away — but a financial death spiral at the U.S. Postal Service just might.