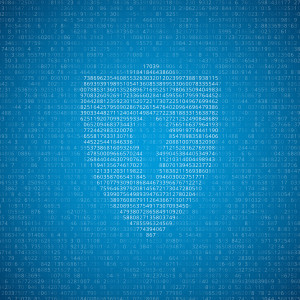 A federal court on Thursday limited a Department of Justice search warrant for data on visitors to an anti-Trump website, described by the domain name registrar of the site, DreamHost, as violations of the First and Fourth Amendments.

Domain name registrar DreamHost will only have to comply with part of the warrant for data on visitors to disruptj20.org, a website that organized political protests against the Trump administration, after a judge on the Washington, D.C. Superior Court ordered the government to enact a “minimization plan.”

“This plan is to include the names of all government investigators who will have access to this data and a list of all methods that will be used to comb through it in search of evidence,” DreamHost said in a Thursday blog post describing the ruling as a win. “The production of evidence from this trove of data will be overseen by the court. The DOJ is not permitted to perform this search in a bubble.”

The department must now justify to the court why it believes the data requested is within the scope of its warrant. The court will seal any information it deems falling outside the warrant, and DOJ will be forbidden from sharing that data with any other agency.

“This is an uncommon step for the court to take, but it speaks to the sensitive content of this site and the First Amendment issues raised,” DreamHost said. “The de-scoping of the original warrant, combined with the court’s additional restrictions on the use of, and access to, that data, is a clear victory for user privacy.”

DreamHost revealed last week it’s been battling the DOJ search warrant for “1.3 million visitor IP addresses — in addition to contact information, email content, and photos of thousands of people — in an effort to determine who simply visited the website.”

“That information could be used to identify any individuals who used this site to exercise and express political speech protected under the Constitution’s First Amendment,” DreamHost said in a blog post. “That should be enough to set alarm bells off in anyone’s mind.”

DreamHost described the warrant as “investigatory overreach” and “a clear abuse of government authority,” and challenged DOJ over its request. The department responded with a motion to the Washington, D.C. Superior Court asking for an order compelling DreamHost to hand over the data.

The domain registrar took its argument public and the wave of criticism forced DOJ to step back, and narrow the scope of its search warrant by excluding all HTTP access and error logs “meaning visitors’ IP addresses are largely safe,” according to DreamHost. Unpublished media, including text and photographs in blog posts that were drafted but never published, were also excluded.

Tech groups on the right and left universally opposed the warrant.

Black said the U.S. often criticizes other countries with strict internet censorship regimes for similar requests, and suggested DOJ “consider the consequences of such requests both in terms of emboldening countries like China and in the message this sends to democratic allies.”

Berin Szoka, president of center-right policy think tank TechFreedom, said this was precisely what the founders had in mind when they adopted the First and Fourth Amendments.

“If the DOJ can unmask over a million internet users simply for visiting a website, without any further alleged connection to criminal activity, then no American is safe to use the internet to access dissident speech,” Szoka said. “The fear of being unmasked — and subjected to harassment, or far worse — will chill the speech of millions more.”

General warrants like the one issued to DreamHost were a “tyrannical practice” and “among the chief sparks of the American Revolution,” according to Szoka.

“DreamHost is now fighting that same battle in the digital realm,” he added.

Following its day in court the company said it will comply with the narrowed request, but still plans to appeal the ruling, with the hope of indefinitely limiting the government’s access to the data.

“While we’ve been compelled by the court to share this (still) large cache of data (and will do so in the next few days), the DOJ will not gain access to it immediately,” the company said. “We are considering an appeal which would deny the government the ability to access that data temporarily and potentially forever if our appeal is found to have merit.”