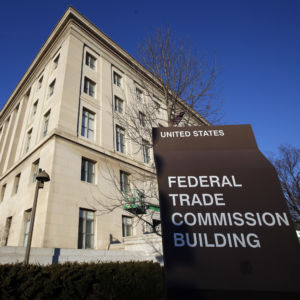 The ruling handed down by the Ninth Circuit Court of Appeals in August said the FTC can’t fine AT&T for slowing the download speeds of customers with unlimited data plans because of a recent change by another government agency, the Federal Communications Commission. The FCC reclassified AT&T and other internet providers as “common carriers” under its highly publicized net neutrality rules last year.

Common carriers are designations the government reserves for utility services considered essential to the public (like telephone providers) and therefore worthy of greater regulatory scrutiny. Though the FTC fined AT&T before the reclassification occurred, the agency is legally barred by Congress from regulating common carriers.

At the time experts said the ruling could leave consumers in a dangerous vacuum of privacy protection from web companies like Google that also offer internet connectivity with its fiber service, soon to spread to 23 major cities across the country. The FTC is considered the federal government’s chief privacy enforcement agency, responsible for keeping big data and targeted advertising Goliaths like Google in check.

“I think this decision raises a bunch of concerns for the FTC in the courts, not just in the privacy space, but in the wide range of consumer protection activities that we do including fraud, advertising and lots of other spaces, because this exemption applies to all of those spaces, not just privacy and data security,” Neil Chilson, attorney advisor to FTC Commissioner Maureen Ohlhausen, said Tuesday.

Chilson said judges’ ambiguous wording in the decision and the legal questions it’s raised will undoubtedly be taken advantage of by companies out to circumvent the FTC’s rules over a broad range of activities.

“It does mean there will be companies who are bad actors who will raise this defense and make it harder for the FTC to bring cases,” he said during an Information Technology and Innovation Foundation panel. “We’re talking everything from COPPA [Children’s Online Privacy Protection Act] to ‘Do Not Call’ — there’s some possibility that this decision affects the ability of the FTC to protect consumers in those spaces.”

Though the FCC is working on its own privacy rules, those may not fill in the gap, according to Chilson, who pointed to previous court decisions to limit the FCC’s scope to telecommunications activity, and the FCC’s one year statute of limitations on certain enforcement actions.

“I’m not sure there’s anyone else able to, or able to effectively,” he added.

Chilson’s comments come one day after Google submitted comments to the FCC on its proposed privacy rules. If adopted, internet service providers would have to get subscribers to “opt-in” before collecting and monetizing virtually all data on their browsing habits.

The FTC’s approach, and the one endorsed by Google, requires users to “opt-out” of such collection except in instances when companies wish to collect sensitive data like medical and financial, which also require opt-in consent.

“This model is familiar to consumers, has worked well for them for many years, and contributed to today’s thriving, innovative, and free internet,” Google wrote in a Monday filing to the FCC. “Calls by some parties in this proceeding to extend an opt-in consent requirement to all web browsing information are unjustified.”

Chilson and others on both sides of the partisan divide have urged the FCC to mimic the FTC’s regulatory approach to privacy.

“The FTC’s framework recognizes that while U.S. consumers consider healthcare or financial transactions, for example, to be sensitive information that should receive special protection, they do not have the same expectations when they shop or get a weather forecast online,” the filing reads. “Thus, although Google and other companies take strong measures to avoid using sensitive data for purposes like targeting ads, consumers benefit from responsible online advertising, individualized content, and product improvements based on browsing information. The FCC’s framework should allow such differentiation based on the nature of web browsing information, regardless of the company collecting the data.”