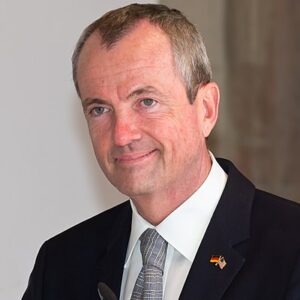 The Appellate Division of the New Jersey Superior Court just gave Gov, Phil Murphy a blank check to make law through executive orders anytime there’s signs of an economic downturn approaching. In Kravitz v. Murphy, the court ruled New Jersey’s Disaster Control Act—a statute passed during World War II that authorizes the governor to conduct blackouts and air raids during an invasion—permits him to do almost anything “to meet the needs of the public health and economic emergency.” Such a broad delegation of legislative authority to the governor does not violate the separation of powers or the nondelegation doctrine, the court concluded, “[b]ecause of the widespread economic emergency.” And the emergency need not ever even materialize. According to the court, “The Governor is … not required to wait for a catastrophe to occur before taking action.” So, now, the governor gains nearly unlimited power whenever he determines the state is on the verge of an economic emergency.

Like most governors throughout the country, Murphy issued scores of executive orders during the pandemic, including several that restricted the rights of residential housing providers. Murphy unilaterally imposed a moratorium on evictions and then signed a second order requiring housing providers to let their tenants use their security deposits to pay rent. The security-deposit order did not or require tenants to show they were suffering financially in any way. Remarkably, Murphy also declared he was waiving any state law that contradicted his order, and he imposed criminal penalties on any housing provider who attempted to enforce the security-deposit provisions of their freely negotiated leases.

Two plaintiffs in Kravitz, Charles Kravitz and Dawn Johanson-Kravitz, rent a house to students at Rowan University in Glassboro, N.J. Without any indication that their tenants were financially impacted by the pandemic or stay-home orders, the students invoked Murphy’s executive order to use their security deposit toward their last month’s rent. They left the house with over $1,800 in damage—an amount the $2,000 security deposit would have covered if Murphy’s order had not prevented the Kravitzes from relying on the private contract they negotiated with their tenants.

On behalf of the Kravitzes, as well as two other mom-and-pop landlords, the New Civil Liberties Alliance sued Murphy, arguing he lacked statutory authority to waive the terms of residential leases and duly enacted statutes and that his attempt to do so violated the separation of powers and the Contracts Clause of the New Jersey Constitution.

The statutory argument focused on the fact that the Disaster Control Act has nothing to do with housing policy or economic emergencies. No court in New Jersey had ever extended the act to authorize the governor to do anything other than protect life or property. In this case, as the Kravitzes proved, Murphy’s order actually made it more difficult to protect private property—in direct contravention of the statute’s purpose. Murphy argued, however, that the security-deposit order was necessary to limit evictions even though another legislatively approved order already prevented evictions.

Unfortunately, the Appellate Division bought Murphy’s argument and made New Jersey the latest state to determine that a wartime statute gave the governor the power to do just about anything he determines is necessary during any type of emergency. Although the security-deposit issue may seem relatively minor in the scheme of things, the court’s ruling is in no way limited to the terms of the executive order at issue in Kravitz. The court took a broad view of both what constitutes an emergency and what the governor can do in response. If Murphy’s security deposit order is sufficiently related to the coronavirus pandemic, then it is difficult to think of any limit remaining on gubernatorial power during an emergency.

For instance, it would have come as a shock to most New Jerseyeans during the 2008 financial collapse that the governor could just waive the applicability of any statutes or private contracts by claiming that doing so was necessary to “meet the needs” of the economic crisis. But the court’s decision in Kravitz gives the governor exactly that power. No law or contract in New Jersey is safe now anytime the state faces an economic downturn. For years to come, New Jersey governors can rely on Kravitz to excuse their continued accumulation of power, to the detriment of civil rights and our constitutional structure.

Jared McClain is an attorney with the Institute for Justice. He wrote this for InsideSources.com.