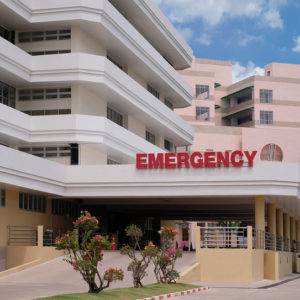 Posted to Politics April 20, 2021 by Jaimie Cavanaugh and Daryl James

Substance abuse has spiked during the COVID-19 pandemic, and Dr. Nancy White wants to help. As a family physician certified in addiction medicine, she has the right skills.

Unfortunately, Alabama regulators told her no in 2020 when she and other investors tried to open Sereno Ridge Recovery, a 16-bed facility in the town of Arab south of Huntsville. The government allows the startup to provide outpatient services, but not residential drug and alcohol treatments.

The arbitrary restrictions, which limit options for families in need, have nothing to do with medical standards. Alabama’s Department of Mental Health already reviewed Sereno Ridge’s qualifications and signed off.

Resistance has come from a separate group of regulators, who represent the business interests of industry insiders. Bradford Health Services, the loudest voice in the campaign to stop Sereno Ridge, has not cited any public health or safety concerns.

Instead, Bradford Health filed complaints with the State Health Planning & Development Agency on Nov. 3 and Jan. 8 about the possible loss of revenue for itself. The Birmingham-based health care provider pulls in more than $110 million per year at addiction treatment facilities in Alabama, Tennessee, and Arkansas, and it does not want disruption.

Normally, the government lets consumers decide for themselves where they want to spend their money. Restaurants, gyms, grocery stores, and other types of businesses have no say in what their competitors do. But the rules work differently in health care.

Alabama and 37 other states, plus Washington, D.C., force providers to obtain a certificate of need (CON) or similar document before opening or expanding facilities. Essentially, each CON works like an admission ticket to an exclusive club.

Membership has its advantages, including the right to meddle in other people’s business. Many states give big hospitals and other incumbents something close to veto power. When a potential competitor proposes to enter their turf, they can file a complaint and force the outsider to prove “need” for new services using narrow government definitions.

Even during the pandemic, the rigged system has continued nationwide. Rhode Island turned away an out-of-state hospice provider at the request of local rivals in June. North Carolina has stopped independent doctors from performing outpatient surgeries at their own clinics. Nebraska has banned drivers from providing non-emergency medical transportation. And Kentucky has continued to block a Nepali immigrant from providing in-home care to refugees in their native language.

CON boards in many jurisdictions have proceeded business-as-usual during the global health crisis, although Alabama suspended CON requirements for services directly related to COVID-19.

“Conning the Competition,” a nationwide analysis from the nonprofit Institute for Justice, documents emergency measures in 25 jurisdictions overall. The temporary orders show that policymakers know the true score. They claim CON laws are essential to keep markets running smoothly, yet they backpedal when the stakes are high.

The reasons are clear. Hitting entrepreneurs with piles of paperwork—forcing them to spend limited resources on attorneys and ultimately denying their applications—helps no one. It stifles innovation and disenfranchises people who lack political power.

Some jurisdictions are starting to wake up to the reality. One year after the emergency COVID-19 orders, they are considering permanent CON relief. State lawmakers in Michigan, Hawaii, and Montana have introduced bills that would limit the scheme, while lawmakers in Alabama, Maine, South Carolina, and Alaska have put total repeal on the table.

The last time something like that happened was 2016 in New Hampshire. Other states like California, Colorado, and Texas ended their CON programs years ago. Industry insiders predicted doom and gloom without the oversight but the opposite happened.

Research from George Mason University’s Mercatus Center shows states without CON laws have more hospitals and surgery centers per capita, along with more hospital beds, dialysis clinics, and hospice care facilities. Importantly, the gains have come without any negative tradeoffs in terms of price or quality.

Even big hospitals still manage to survive without CON laws. They just have to work harder for their money. Instead of running newcomers out of town, established players must compete on a level playing field.

Consumers ultimately win when that happens. If they like what Sereno Ridge offers in northern Alabama, they can check themselves in. If not, they can go elsewhere. That’s how healthy markets work.

Jaimie Cavanaugh is an attorney and Daryl James is a writer at the Institute for Justice in Arlington, Va. They wrote this for InsideSources.com.