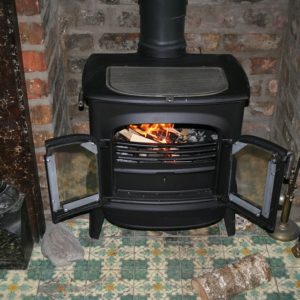 COVID-19 Is Not a Reasonable Excuse for Continued Pollution

Earlier this year, the Environmental Protection Agency (EPA) doused a smoldering debate over whether to extend the time wood stove manufacturers have to comply with updated pollution control standards.

By allowing the new standards to take effect this month, the federal government appeared ready to phase out these heavy polluters for cleaner alternatives.

COVID-19, however, presented industry with just the cover needed to request that outdated regulations remain in place.

Based on industry requests that the pandemic will leave them with unsellable appliances that don’t meet the new standards, on May 15 the EPA issued a fast-tracked proposal that would provide an additional six months to sell non-compliant stoves.

The proposal notes assumed harm to businesses that still have stoves on the shelves (though provides no specific examples), but says about possible harm to public health: “We are unable to quantify what, if any, impacts there may be and seek public comments to help inform us of any potential impacts.”

Assuming an extension is granted, one of the most impactful public health policies I worked on while at EPA during the Obama administration will remain on the shelf, and people — rural communities in particular — will continue to suffer the deleterious effects of these devices.

A new stove can operate for decades, delivering tons of pollution to the homeowner’s family and neighbors.  It’s especially ironic that the reason this extension is being granted is the economic fallout of a disease that places the lives of people with compromised lungs in jeopardy.

Wood stoves have been around for centuries. They can provide a cheap (homegrown sometimes) source of fuel for people not able to afford fuel or in remote locations that public utilities do not reach. They can last for years. They also pollute. A lot.

Wood-burning devices emit fine particulate matter, which is linked to numerous adverse health effects and premature mortality, and toxic air pollutants, such as benzene and formaldehyde.

Children, the elderly and those with existing heart and respiratory conditions are particularly susceptible to these pollutants, but anyone living near one of these devices can be adversely affected.

In fact, there are some areas of the country where so many wood stoves are in use that it creates unhealthy air quality conditions and states have implemented “No Burn Day” requirements or advisories.

The EPA estimates that the health benefits of the 2015 rule exceed the costs by as much as 100 to one due to the more than 8,000 tons of particulate matter emission reductions per year, 46,000 tons of carbon monoxide reductions, and 9,300 tons of volatile organic compounds reductions — not to mention the reduced exposure to hazardous air pollutants and reductions in methane and black carbon, which contribute to climate change.

In 2015, after years of analyzing industry data and working with industry, state air regulators and public health groups, the EPA issued updated standards, based on modern technologies that burn fuel more efficiently, and create fewer emissions.

Because there was an existing inventory of stoves that would not meet updated standards, the rule provided five years for manufacturers to update their models and sell their existing stock.

Manufacturers asked the EPA to reconsider and extend the compliance date, and in November 2018 the EPA proposed to do so.

In the end, the EPA determined not to extend the compliance date based on the more than 200 comments it received, including detailed comments from industry groups, manufacturers and others very familiar with the industry, finding that “in every residential wood heating device category, there are model lines certified to meet the (new) standards that are already available, and have been available for considerable time, which supports the conclusion that the (new) standards were achievable.”

This is precisely how administrative rulemaking should work.

After soliciting and receiving relevant data from credible sources, including the industry itself, EPA made an independent judgment, taking into account reasonable factors like cost, feasibility and effects on public health and the environment, deciding that its initial inclination to provide more time was not supported by the factual record.

But now comes COVID-19 to disrupt commerce and throw industry a lifeline — despite five years to transition to the updated standards and the EPA’s own conclusion (not once, but twice) that the May 2020 deadline could be met by manufacturers.

In this instance, keeping the flame alive will have serious consequences for local air quality and human health, for years to come.