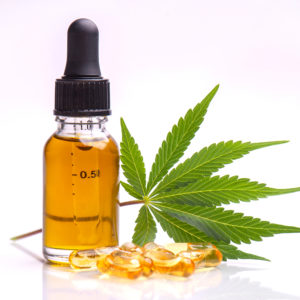 Public support for marijuana legalization and regulation has been increasing steadily for the better part of the last two decades. But it is elected officials’ decision to embrace cannabis during the COVID-19 outbreak that has solidified its status as part of the mainstream fabric of America.

To date, regulators and lawmakers in nearly two-dozen states have taken emergency actions to designate licensed cannabis providers and their suppliers as “essential services” to the health and well-being of their communities. By taking such actions, these facilities are able to stay open and provide uninterrupted service to their clientele during statewide or countywide “stay-at-home” mandates.

In other jurisdictions, officials have either relaxed protocols or moved forward with new rules to facilitate expanded cannabis access for the public — such as by permitting patients to seek telemedicine appointments and allowing dispensaries to permit curbside pick-up and home delivery.

Thus far, these actions have been largely seen as non-controversial and have received little pushback from either government officials or from the general public. It’s not hard to understand why.

Thirty-three states and the District of Columbia regulate medical cannabis dispensing for qualified patients, and 94 million Americans now reside in a jurisdiction where the possession and use of cannabis by adults is state-regulated.

Several million residents are now enrolled in state-specific medical cannabis access programs, and the broader cannabis industry employs an estimated 240,000 full-time workers — more than four times the number of employees who work in the coal industry.

According to recent national polling, 93 percent of citizens approve of the use of medical cannabis when it is authorized by a doctor, and 68 percent of Americans — including majorities of Democrats, independents and Republicans — believe that marijuana ought to be legal for all adults. Overall, one in seven U.S. adults self-identify as cannabis consumers.

Many of these citizens are using cannabis therapeutically for the treatment of chronic pain, spasticity or other conditions for which it has well-established efficacy. Furthermore, many of these consumers are seniors and, therefore, are among those at greatest risk for COVID-related complications.

This is why state regulators have wisely decided to take steps to provide and maintain these consumers with above-ground access to state-regulated, lab-tested cannabis products. They recognize that these vulnerable people must not be abruptly cut off from their established supply chains or inadvertently directed toward the illicit market during this crisis, as the products available there may potentially be tainted or adulterated and may further compromise patients’  health.

In short, regulators’ actions acknowledge that for many Americans, and for chronically ill patients especially, cannabis is not some alternative on-the-fringe therapy option, but rather it is an essential medicine — one that must be recognized and protected accordingly, particularly during a time of crisis.

For decades, federal officials have refused to make this same acknowledgment. Instead, they have maintained their “Flat Earth” assertion that cannabis is without any therapeutic utility whatsoever. In recent weeks, the actions of state governments and regulators have exposed the federal government’s morally and scientifically bankrupt stance once and for all.

In the coming months, federal officials will have little choice but to rethink their position. Indeed, the rest of America already has.