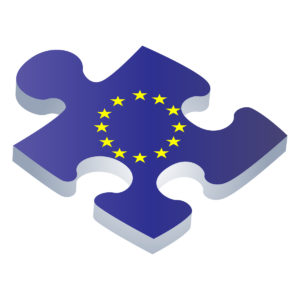 Some 500 years ago, migrants from England and Italy, France and Germany, left for the new world. It was practically an alien planet to them, inhabited with people that didn’t look like anything they had ever seen, and wild creatures they’d never come up against. Many people either died on ships or in their first few years in a strange world. But leave they did. More followed. That’s how bad things were living under the aristocratic serfdom of the old world, with its lid on personal freedoms.

The COVID policies of their ancestral home should stand as a reminder to all of us that they left Europe for a reason. The major powers of Europe have gone insane with COVID. Let’s not be like Europe.

The Austrian government has decided that if you are not vaccinated, you cannot be part of civil society. They are now checking people’s vaccine cards, usually stored on unhackable, unforgeable QR codes. Tens of thousands of Austrians have protested in recent weeks.

Germany is heading toward the same, with Christmas celebrations segregated between the vaccinated and the unvaccinated.

Protests that have erupted from Rome to Trieste over the last week make the Black Lives Matter protests in New York City in the summer of 2020 look small. So far, Italy’s leader, Mario Draghi, ex head of the European Central Bank, has not budged on requiring the so-called “Green Pass” to live and work in Italy.

Rotterdam locals are clashing with police over a new mini-lockdown imposed by The Netherlands government after lifting lockdowns earlier this year. All four of those countries have a vaccination rate of at least 62 percent.

You will have to be on social media to see any of these protests. The corporate press here in the U.S. will not touch it. They are all for European-style restrictions. Europe is the “sophisticated, vaccinated crowd” – as Barack Obama’s maskless Martha’s Vineyard birthday party crowd was once described.

There is a method to all this madness.

Where Germany goes, France and Italy usually follow. If France and Italy ignore protesters against vaccine requirements and QR coded tracking of vaccine status, then all of the main powers of Western Europe are in lockstep. That will signal to England’s Eurocrats that QR coded vaccine passes are the right way to go. The Germans know what they are doing. Let’s copy them.

That will signal to U.S. and Canadian cities to do the same. It’s a dominoes game.

Assuming the Germans and Austrians know the COVID vaccines are not immunizing and therefore do not stop transmission, they would then know that segregation and vaccine requirements are useless. That means what they really want is for everyone to comply to a more centralized control system being built in Europe. The QR coded vaccine passport is a gateway to a digital control system, a system in which a China-style social credit score will eventually be added. European leaders support this. This is the direction they are heading.

In the biggest powers of Europe, the pandemic has sold them on centralized control. They have become more adamant about this since two courts in the U.S. nixed OSHA rules on vaccine requirements for businesses. Once again, it’s those ugly Americans that stand in the way. The U.S. symbolizes decentralization. China is centralization. Europe is making its own version, wrapped in the pretty bows of social and environmental sustainability touted by the World Economic Forum of QR-coded vaxpass Switzerland.

Italians and French, Austrians and Dutch, are protesting against centralization, even if they don’t quite have the words to describe what they are up against. Meanwhile, the managerial elite in newsrooms, the C-suite and parliaments, in the science departments, simply see these people like Brexiteers. It’s the same attitude towards the people, only now it is more repressive – it is criminalized in Europe.  And censored.

We are witnessing the formation of a new feudalism, one that wishes to mitigate all risks associated with democracy. Give people no choice. It’s less chaotic that way. Where is the champion in Europe for political expression today?

We learned in Western Civ class that Greece is the birthplace of democracy. But we also learned that Europe is the birthplace of the aristocracy; a medieval world of serfs and lords and a Holy Roman Empire that persecuted people who didn’t play by the Black Plague’s rules. Europe later brought us the Renaissance, which got ruined by fascism.

We left that. Let’s all agree to never go back.