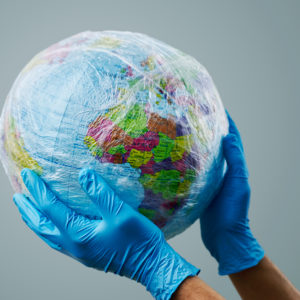 The COVID-19 pandemic has provided policymakers with a number of lessons, not the least of all that plastic, a product that’s fallen into such political disfavor that some of its variants have been banned, is invaluable in times of crisis.

This is particularly true of the plastics used in healthcare, and those that protect perishable foods and water.

Earlier this year, Joe Biden, the presumptive Democratic presidential nominee, said during a campaign stop that “we should not be allowing plastic,” adding, “what we should do is phasing it out.”

He was applauded for his remark.

But he should have been challenged. Banning plastic products is not progress. It’s a regression.

Plastic has also provided healthcare workers and patients with catheters, insulin pens, and IV tubes that are clean, safe and don’t require sterilization after use.

Plastic has allowed us, as well, to avoid the challenges of food spoilage that plagued earlier generations. It’s critical to both quality and safety in today’s world, where extended food supply chains cross hemispheres and multiple time zones, and stockpiling food has become a habit for many in this time of pandemic.

Meat and meat products, for instance, last longer wrapped in what we would recognize as traditional plastic packaging than in the “fossil-free, biodegradable and recyclable packaging” that’s intended “to decrease the environmental impact,” say Norwegian scientist Oddvin Sorheim, and Kacie Salove from the University of Idaho.

In fact, these researchers say from “an environmental perspective, minimizing food waste from meat is much more important than reducing plastics.”

The science shows that the shelf life of cucumbers can be extended from three days to 14 simply by protecting them with 1.5 grams of plastic film. At the same time, grapes sold in plastic bags or plastic trays reduce in-storage waste by 20 percent.

According to Manoj Dora and Eleni Iacovidou of Brunel University London, “More than 50% of food waste takes place in households and nearly 20% is wasted during processing. Plastic packaging may be a necessary evil to reduce this high level of waste in both areas.”

Plastic packaging also allows wholesalers and retailers to make fresh, healthy foods more widely available than they otherwise would be.

No less important is the plastic used to make water bottles. When tap water in Flint, Michigan, became a health threat in 2014 due to lead contamination, water bottled in plastic was the sensible alternative for the 100,000 affected residents who had to live on it for 1,600 days.

Flint was a grim example of what happens when a municipal water system fails. But it wasn’t an isolated incident. Thousands of “boil water” advisories are issued by U.S. cities every year.

Bottled water also extends a vital lifeline after disasters have struck. Earthquakes, hurricanes, winter storms and other calamities can shut down water supplies for days, and sometimes weeks.

“Having an ample supply of clean water is a top priority in an emergency,” says the Federal Emergency Management Agency, not only for drinking but for hygiene and food preparation. The agency recommends Americans buy and store commercially bottled water, as it is “the safest and most reliable emergency supply of water” available.

Bottled water is indispensable as well to first responders. Think of firefighters, who desperately need hydration while they work.

Of course there are substitutes for plastic. But they’re not better options.

Start with the cartons used for boxed water. They’re not as readily recyclable as plastic bottles, and are therefore less friendly to the environment. Darby Hoover, a Natural Resources Defense Council official, says it’s “a little bit ludicrous to put your water in a carton and claim that that is more sustainable than putting it in a plastic bottle.”

At the same time, glass bottles leave a large carbon footprint, a fact that should be weighed by those who support banning plastic for environmental reasons, as does aluminum.

Policymakers have been busy, particularly in California, banning single-use plastic bags (whose usefulness is now apparent due to the COVID-19 pandemic); plastic straws and utensils; and takeout and delivery foam packaging.

But they need to step back and recognize the value of plastics, especially those just mentioned. They are central to modern life.