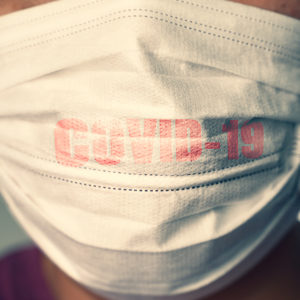 COVID: What Just Ain’t So

In 1984, a young Australian doctor drank a flask of liquid teeming with bacteria obtained from a patient suffering from indigestion. The doctor thus proved stomach ulcers were caused by bacteria rather than stress or diet, as formerly believed. He was awarded the Nobel Prize for this discovery – confirmation that virtually the entire medical community had been wrong for decades about what caused ulcers. Such historic moments, where doctors’ beliefs are summarily disproven, are infrequent. But it has happened several times during the COVID pandemic.

In media reports and the scientific literature, a recurring theme is “public misconceptions about COVID.” Journalists and physicians are far less self-critical or forthcoming about their own COVID misconceptions. As the U.S. pandemic wanes we can see, with the benefit of hindsight, some things “the science” initially got wrong.

How is COVID spread? Originally, the conventional wisdom was the virus was spread primarily in two ways: first, through airborne droplets -relatively large particles- passed between people at short distances by coughing, sneezing, singing, and talking. The second route was by surface contact, i.e. touching surfaces contaminated by the virus. We now know airborne droplets are important, but surface contact is much less so. Time spent scrubbing down groceries and handling the mail with gloves was probably wasted. Just as important as airborne droplets are aerosols – much smaller particles than droplets – primarily transmitted indoors. The critical role of aerosols was very much downplayed early in the pandemic. When there is inadequate indoor ventilation the virus can linger in the air longer (it was probably a bad idea to discourage masked people from being outdoors in small numbers). It illustrates the essential need for adequate ventilation in offices, schools, restaurants, gyms, etc.

How important are variants? The role of mutations in the coronavirus was initially thought to be insignificant. Mutations were believed to occur over long periods of time, and the resultant variant strains were of little clinical importance. We have learned that the virus is more prone to mutation than researchers thought. Viral variants currently represent a major source of outbreaks internationally and a recurring threat to vaccine effectiveness. Since the beginning of the pandemic, the U.S. has been behind the curve in its ability to identify variants – and continues to be so.

What role do ventilators play? In the body’s struggle between virus multiplication and patients’ natural virus defenses, COVID attacks the lungs and causes low blood oxygen levels. In most cases of extremely low oxygen levels, patients require a ventilator to help them breathe. That is not invariably the case; an unusual feature of COVID is that some patients can breathe adequately even in the face of low oxygen levels. By turning these patients on their stomachs (called “proning”) and administering high concentrations of nasal oxygen, they can be treated successfully without resorting to ventilators.  Unfortunately, early in the pandemic doctors applied ventilators indiscriminately, which damaged already compromised lungs. Thousands of patients in the U.S. and Europe probably died unnecessarily. Now we know that ventilators should be reserved for only the most advanced cases of COVID lung and that many patients will recover with temporizing measures.

What determines the mortality rate of COVID? Contrary to initial expert opinion, it is now clear that medical care is only one factor. Sophisticated medical care is important for individual patients, but industrialized countries do not necessarily have the lowest mortality. Other factors – age, previous health, genetic profile, and some unknowns are just as important, if not more so. Modern medicine should be humbled that poor countries with less access to sophisticated technology sometimes have lower COVID mortality than rich countries. (Haiti has lower mortality than Germany or the UK.)

The tragedy in medicine is not in being wrong, which is inevitable, but in refusing to acknowledge errors and failing to correct mistakes – the essence of the scientific process. In the 19th century, countless women died of puerperal sepsis because doctors ignored Ignaz Semmelweis’s warning and refused to wash their hands when delivering babies.

Unanswered questions and areas of legitimate controversy abound regarding COVID including the origin of the virus; whether and how herd immunity is actually possible; the duration of immunity with infection or vaccination; and the long-term consequences of COVID. It will be many years, if ever, before studies answer those complicated questions.

In the meantime, an old adage applies to medicine, “It ain’t what you don’t know that gets you into trouble. It’s what you know for sure that just ain’t so.”