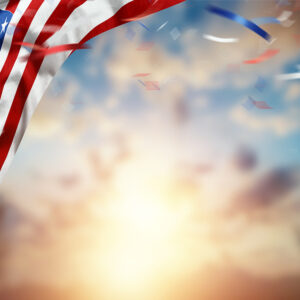 Creating a Common Narrative in a Diverse Democracy

In the Bush Institute’s fourth round of Democracy Talks, we explored the intersection of democracy, identity, and immigration. In talking with a range of writers, academics, policymakers, and first- and second-generation Americans, the presentation exposed us to a rich range of perspectives and experiences that we are eager to share.

One of our driving purposes was to understand how different people, particularly immigrants, define and then balance an “American identity” with the other identities they hold dear. Moreover, we wanted to explore how people from diverse backgrounds, including those who may have been shaped in vastly different cultures, assimilate, and thrive in a country like the United States.

Frankly, identities are complex, and that complexity only deepens when viewed through the lens of a pluralistic, liberal democracy that encourages and protects opposing perspectives.

As we learned throughout our conversations, there are no definitive answers when it comes to identity, but we do want to share some of the ideas that resonated with us, particularly as we wrestle with questions of diversity, assimilation, bigotry, and polarization.

It’s almost cliché to prescribe more civics, history, and social studies courses as an antidote to declining confidence in American democracy. Cliché or not, it is a good idea for reinforcing what American identity means and exploring how our country has evolved over nearly 250 years. Such education creates a common foundation for native-born and naturalized citizens, as well as those striving to become Americans. To paraphrase the American Enterprise Institute’s Yuval Levin, civics education provides our pluralistic society the same story, based not on things like shared ethnicity or religion, but on aspirations and ambition.

Our schools should find ways to consistently integrate civics lessons into K-12 classrooms. This would include topics like American founding principles, our governing institutions, and how they work — examining their successes and failures, the duties of citizenship, and the struggles for liberty at home and abroad.

Such efforts could extend beyond the classroom into extracurricular programs and activities. Civics and citizenship could be introduced or reinforced through Model U.N., student government, and various clubs like debate or community service. Parents and families also have the responsibility to continue these conversations at home.

Our schools should find ways to consistently integrate civics lessons into K-12 classrooms.

This education is crucial to our society. Luisa del Rosal, a Mexican immigrant who ran for the Texas legislature, describes perfectly how these lessons translate into action, “As long as we can continue to put a priority on service, that can bring us together. Whether it’s running for office, working for a non-profit, coming up with a vaccine, or teaching in a classroom, as long as we’re giving to each other we can come together and remain exceptional.”

Immigrant experiences reveal different strategies for integrating into American society that allows them to become “American” without losing who they are.

Language is arguably at the top of the list. A common language — English, in the case of the United States — is the most fundamental way in which a diverse society can communicate, understand, and learn from each other. As such, government — state and local — and civil society must prioritize English-language programs for immigrants and dedicate appropriate resources to ensure access.

That by no means advocates discouraging or prohibiting the use and celebration of other languages. As del Rosal put it, “Doors opened quickly for me because I could speak English fluently. This doesn’t mean dismissing other languages. … You can honor your roots while being part of this greater dynamic.”

Another key factor is entering into the economy and finding a job. Work brings a sense of dignity, inclusion, and self-sustainability that allows people to build a life in the United States. Joining the workforce can also develop networks that help immigrants deepen roots, better understand American society and processes, and advance professionally.

Nury Turkel, a Uyghur immigrant and Commissioner for the U.S. Commission on International Religious Freedom made an insightful observation saying, “If you just stay within your small comfort zone, and do not interact with people who are different from you, you will not allow them to learn from you and you from them. And you will feel lonely forever.”

In essence, destigmatizing different cultures or backgrounds happens when we engage with various communities. Unquestionably, that requires a courageous first step, but it is necessary in the assimilation process. This is true both from the perspectives of the immigrant joining society and the host country welcoming them.

Finally, the generosity of spirit demonstrated by native-born and naturalized citizens in welcoming new immigrants to our country is valuable. Several people we interviewed described how feeling welcomed into their new homes made for positive experiences. Conversely, we heard recollections of bigotry that generated feelings of fear and alienation. The latter leaves an indelible stain on our country. Americans have a role to play in assimilation by living their founding principles, rejecting the ugliness of xenophobia, and sharing the aspirational story that unites us.

The process of developing one’s identity is a race without a finish line, perpetually influenced by factors like family, ethnicity, religion, politics, and the guiding values of a country. As such, we can possess and maintain multiple identities simultaneously. Becoming an American doesn’t extinguish those other facets of who we are, it enhances them by providing a principle-based framework for them to thrive.

Yuval Levin captured this sentiment for us in quoting Abraham Lincoln: “But when they look through that old Declaration of Independence, they find that those old men say that we hold these truths to be self-evident, that all men are created equal, and then they feel that moral sentiment taught in that day evidences their relations to those men. That it is the father of all moral principles in them and that they have a right to claim it as though they were blood of the blood and flesh of the flesh of the men who wrote that Declaration. And so they are.”

Reflecting on Lincoln’s words, we remember that the United States is not a country of blood and soil, but of the ideals and aspirations framed in our founding documents. Those are the roots from which American identity sprouts and coexists with other identities. We must simply choose to nurture them.