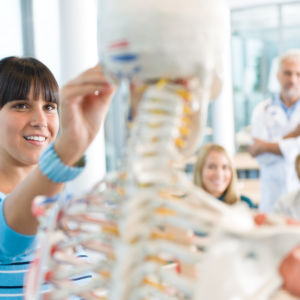 The medical field has spent a century cultivating an infrastructure of credentials and orthodoxy. In an era of rapid technological development, an inescapable question is whether that infrastructure is actually an enemy of innovation.

Salk’s discovery would likely be impossible in 2017, thanks to strictures that have stiffened since 1955. A present-day Salk, for example, would likely be derailed by institutional review boards, which must pre-approve such research. The mutually reinforcing components of the credentialist infrastructure makes it difficult to shift back from risk-aversion toward innovation.

If the dial has turned too far toward risk-aversion and away from innovation, this change didn’t occur in a vacuum. A good starting date is 1910, when the American Medical Association released its Flexner Report — a critique of America’s medical schools. The report aimed to undergird medicine with scientific method and shutter inferior medical schools.

Ironically, even the best medicine in 1910 was short on scientific method. But Flexner did eliminate many bad schools and help prepare healthcare for the scientific torrent that would wash over healthcare in the following decades. Standardized medical education reinforced the trend toward professional licensure, continuing medical education, tighter regulation and centralized pricing of healthcare services (e.g., Medicare).

In pursuit of scientific method, Flexner promoted a homogeneity throughout health care and discouraged experimentation in practice patterns.

Flexner codified medical school prerequisites and curricula. In “The Innovator’s Prescription,” Clayton Christensen, Jerome Grossman and Jason Hwang noted that medical schools largely adopted fixed-time/variable-learning, where all students proceed at uniform pace through coursework, regardless of how thoroughly a particular student has absorbed the material.

In contrast, modern enterprises adopting “Toyota methods” use variable-time/fixed-learning pedagogy, where learners proceed at different speeds through different courses to standardize the information learned — not the time spent acquiring it. Toyota methods have shown great results in some hospitals outside the United States, but adoption in America is not widespread.

A half-century ago, economist Milton Friedman recognized the downside of healthcare’s penchant for risk-aversion. The FDA faces greater punishment, say, from releasing a drug that kills 100 people than from failing to release a drug that could have saved 10,000 people. Around the same time, Medicare and other government healthcare programs adopted centrally planned prices for medical services. By deciding what to cover and what not to cover, these agencies steer care toward long-established treatments and away from novel and experimental procedures.

A medical school wishing to change its menu of courses or shift its pedagogical model toward the fixed-learning/variable-time model knows significant changes could cost the school its accreditation. Graduating students know their professional licensure depends in part on what they learned in med school. Accreditation standards are heavily influenced by physicians trained a generation ago.

Christiansen, Grossman and Hwang wrote of a similar chicken-and-egg problem. Decades ago, it was difficult to sell color TVs because programs were predominantly black-and-white. Producers hesitated to provide color programming because most consumers had black-and-white TVs. The impasse was broken by TV manufacturer RCA’s purchase of TV network NBC. Then, one company could handle both issues simultaneously.

This parable of color TVs may hold a profound lesson for making healthcare more innovative. Piecemeal reform may be futile. But that means reform may be more difficult than we imagine.