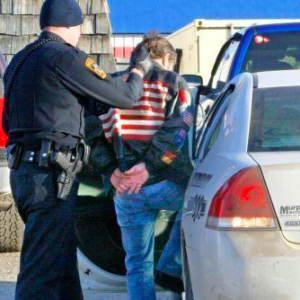 Did the Bakken Shale Boom Turn North Dakota Into the Wild West?

According to the headlines, North Dakota in the wake of the shale oil boom was the Wild West. “Bakken Booms and so Does Crime,” read one AP headline. Meanwhile, the Washington Post worried about “the gritty side of an oil boom” and a slew of newspapers sent reporters to towns like Williston and Watford City in search of stories about man camps, sex trafficking, and bar fights. But how bad, really, were the Bakken oil fields? Did the boom turn western North Dakota from a placid rural area to a real life Deadwood?

For the first time, researchers have released a study of federal crime statistics in the Bakken and in greater North Dakota before (2006) and after (2012) the boom. Their findings were mixed, showing that the Wild West narrative isn’t as true as people might think.

Using statistics from the Bureau of Justice Statistics (BJS), the study found the Bakken shale counties in Montana and North Dakota saw their violent crime rate jump 23 percent from 2006 to 2012, a period in which the surrounding area saw crime rates fall by 8 percent. However, these counties had lower crime rates than the rest of the region before the boom, so an increase merely brought them in line with the rest of the state. Even at their peak, crime rates in the Bakken roughly equaled the pre-boom rates in greater North Dakota.

“Critics of oil activity will argue that there was still an increase in violent crime, and that’s absolutely the truth. And it probably has a lot to do with the oil field attracting a lot of young males to the region. Young males, we know from national crime statistics, commit a disproportionate amount of crime,” writes Rob Port, a North Dakota columnist and political commentator.

According to the study, crime rates did not start to rise dramatically until 2009. When rates do rise, the changes vary depending on the type of crime. While violent crime rates went up, for instance, “the rate of rape and sexual assault victimization in the Bakken region remained relatively unchanged,” the study found.

“Females in the Bakken region experienced reductions in the rate at which they experienced homicide, rape and sexual assault, and robbery from 2006 to 2012,” the study said. “The rate of other violent offenses against females, a category which includes kidnapping and intimidation, remained relatively unchanged during this period.”

That finding is unexpected given how popular culture highlighted a connection between the oil industry and sexual violence, highlighting it in films like Wind River and Nuuca.

So if these crimes didn’t increase, which ones did?

Violence against men went up 31 percent from 2006 to 2012, from rate of 90 per 10,000 males to 118, the study said. Violence between intimate partners, which was declining in other parts of North Dakota, also increased. Rates of violent crime, including crimes like murder, aggravated assault, and manslaughter all went up.

These are almost certainly tied to the population increases brought by the oil boom, since researchers say that they differ from trends in the surrounding area.

According to the tables cited by the study, violent crime in the Bakken region in 2012, during the oil boom, was at 129.4 incidents per 10,000 people. This is an increase from the 105.3 incidents in 2006. At the same time, the increase still leaves the rate of violent crime for the Bakken region lower than it was in the surrounding area before the oil boom (135.4 per 10,000).

There is a lag of several years in federal crime statistics, meaning that the full impacts of the drop in oil prices in 2014 won’t be seen for a while.  But BJS data is already painting a more complicated picture of boom towns in North Dakota and the impact of the oil industry in a west that isn’t quite as wild as it seemed.