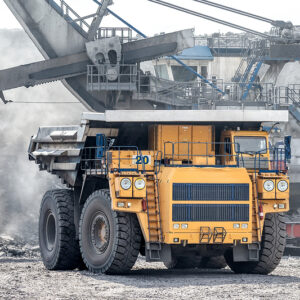 Energy security has long been viewed through the lens of the oil barrel. In fact, the International Energy Agency (IEA) was founded in 1974 following an oil crisis that saw rationing and global economic disruption. But as the world moves to renewable energy and an electric vehicle (EV) future, energy security is changing as well.

As a sign of the ongoing shift, the IEA just released an eyebrow-raising report on the mineral supply chains that will be the foundation of the energy transition. Minerals, notably copper, lithium, nickel, and rare earth elements, will underpin the new energy industrial base. And as the IEA report makes clear, a move to renewable power and EVs is no cure-all for the unpredictable geopolitics of the oil barrel. The old fears of supply chain insecurity will remain if only repackaged. Fatih Birol, the executive director of the IEA, remarked on mineral supply chain concerns, “this is what energy security looks like in the 21st century.”

Unfortunately for the U.S., our mineral supply chain security is dangerously vulnerable. Despite vast domestic resources, U.S. mineral import reliance has doubled in just the past two decades. Particularly alarming, China is the dominant supplier for nearly two dozen minerals and metals that the Departments of Defense and Interior classify as critical to U.S. national and economic security. Senator Lisa Murkowski of Alaska has fittingly called our mineral import reliance the nation’s “Achilles’ heel.”

Despite bipartisan interest in addressing the nation’s mineral insecurity, urgency of action is missing. The coming surge in mineral demand leaves little room for error or delay.

The IEA warns demand for lithium, the key mineral input for the EV revolution, could jump more than 40-fold by 2040. Currently, the U.S. has one operational lithium mine. Copper, which the IEA calls the cornerstone of the energy transition, has already hit record prices this year, and demand for this indispensable metal is expected to double in the same period.

The technologies that will populate tomorrow’s energy landscape are far more minerals-intensive than those they replace. As the IEA points out, an EV uses six times the minerals as a conventional car, and an offshore wind farm 13 times the mineral resources as a comparable natural gas power plant.

While supply chain disruptions for these minerals won’t have the same effect on consumers as an oil price spike felt directly at the gas pump, inability to access these key materials can upend manufacturing, derail the deployment of key technologies, and put U.S. manufacturers – and workers – at a decisive disadvantage to global competitors.

With the energy transition reorienting energy jobs, supply chain security and access to affordable material inputs is a critically important issue. The future of entire industries – such as the automotive industry, which employs millions of Americans – now hangs in the balance.

And for all of the understandable focus on the importance of these materials to our energy future, they are just as important to the nation’s national security. The nation’s most sophisticated weapons systems require considerable amounts of these mineral inputs – too many of which are dominated by Chinese producers or other geopolitical rivals.

We have come to understand all too well the dangers of overreliance on OPEC and unstable regions of the world for oil. The lessons learned from 20th-century energy security are clear and the same mistakes must not be repeated with critical minerals.

Now is the moment to take a whole-of-government approach to address this challenge head-on. As the IEA report makes clear, doing so will require increased recycling of materials and strengthened cooperation with allied producer nations, but it will also require an energetic commitment to encourage responsible new domestic mineral production to meet the enormous demand now on the horizon. The sooner we recognize the importance of mining and critical materials to every dimension of our national security and economic agenda, the better off we will be.