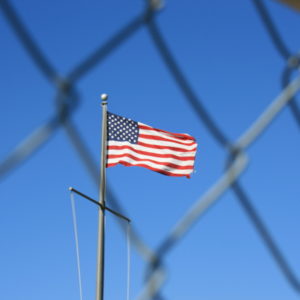 When it comes to the US Citizenship Act of 2021, the devil is in the details.

An estimated 11 million undocumented immigrants reside within the nation’s borders. Immediately following his inauguration, President Joe Biden fulfilled a campaign promise to send a comprehensive immigration reform bill to Congress to restore “humanity and American values to our immigration system,” as the White House put it.

In reality, the US Citizenship Act of 2021 represents the largest blanket amnesty program in United States’ history.

Under this proposal, the undocumented can apply for a green card five years after being granted temporary legal status, which requires a background check and evidence they have paid taxes. As a result, critics note, applicants with a criminal record could remain in the country for up to five years before they are ever vetted.

The Homeland Security Secretary can also permit some undocumented immigrants deported under the Trump Administration to legally return to the United States – ahead of people waiting to enter legally. Experts say the plan also impacts the legal immigration system in ways many Americans don’t yet realize.

“Besides the amnesty for at least 11 million current illegal aliens, [Biden] plans to let in the roughly four million people on the family green card waiting list,” says Jessica Vaughan, Director of Policy Studies at the Center for Immigration Studies. A new program called the Central American Family Reunification Parole Program would allow relatives of US citizens who have already been approved for US residency to enter en masse, effectively increasing the speed of chain migration that the Trump Administration attempted to stymie.

Vaughan added the plan would also “double employment green cards, add green cards for low skilled workers and increase the visa lottery numbers – and increase asylum entries and annual refugee numbers.” This would include expanding the controversial Diversity Visa Lottery – which the Trump Administration tried to do away with – from 55,000 to 80,000 in an effort to “embrace diversity.”

One of Biden’s top priorities was to halt construction of a border wall, instead favoring what the White House calls “smart border controls.” Within hours of his inauguration, President Biden issued an executive order ending the national emergency that President Trump instituted, effectively stopping wall construction in its tracks. In its place, the Citizenship Act of 2021 would add contraband scanning technology to prevent smuggling and a crackdown on criminal organizations.

A notable difference between Biden’s bill and previous comprehensive immigration efforts is any lack of increased border enforcement. Instead, Biden’s approach is to impact immigration on the “supply side” by pouring $4 billion into Central American governments. The White House claims that addressing the “root causes of migration” in this way will reduce the amount of illegal immigration flowing towards the United States.

While Biden isn’t proposing any enhanced enforcement initiatives such as the e-verify system to keep employers from hiring undocumented workers, it would change how we talk about immigration. It changes the word “alien” to “noncitizen” in U.S. immigration laws.

Senator Bob Menendez (D-NJ) calls passing Biden’s immigration plan “a herculean task” that will require negotiation and compromise. Florida Republican Sen. Marco Rubio, who was part of a bipartisan immigration effort in 2013, is not on board.

“Before we deal with immigration, we need to deal with COVID, make sure everyone has the chance to find a good job, and confront the threat from China,” Rubio said in a statement. “There are many issues I think we can work cooperatively with President-elect Biden, but a blanket amnesty for people who are here unlawfully isn’t going to be one of them.”

Ryan Smith is a communications professional based in Washington, DC. He has worked for The Heritage Foundation, the RNC, and on Capitol Hill. He wrote this for InsideSources.